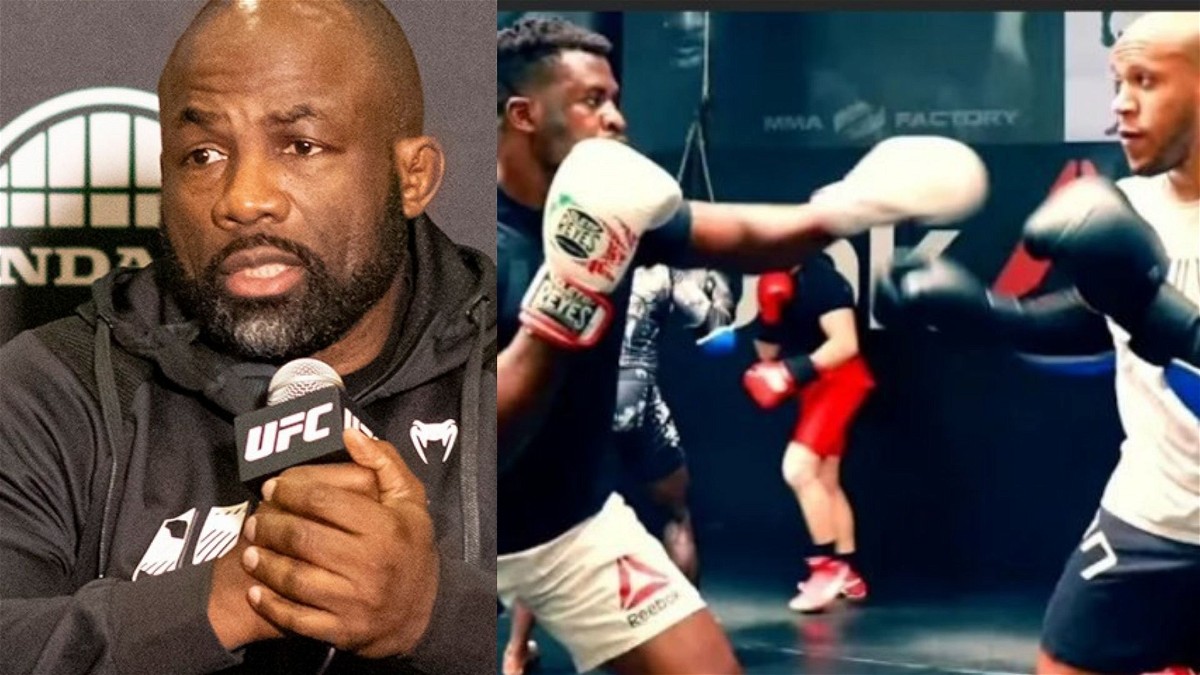 Francis Ngannou will defend his heavyweight title this weekend against his former teammate Ciryl Gane in a five-round contest at UFC 270. There is a lot of excitement among fans as this will be the first PPV of the new year and these two heavyweights will feature in the main event of this card.

As we are just a few days away from this title fight, both The Predator and Bon Gamin have offered their predictions and have spoken about the experience of sparring with each other in the past. Surprisingly, in a recent countdown video, Ngannou had revealed that he dropped Ciryl in sparring one time.

This footage from the video created a lot of headlines yesterday and in order to confirm this statement, an interviewer asked Gane’s coach during the media interview whether this incident took place.

To which Fernand Lopez strongly denied the heavyweight champion’s claims. “No Ciryl Gane never got dropped. No Francis Ngannou never dropped Ciryl. One hundred per cent.”

A few weeks ago while speaking in an interview with MMA Fighting, Coach Fernand Lopez revealed that Francis Ngannou bent the knee in pain after taking a liver shot by Ciryl Gane during one of their sparring sessions. Lopez once again narrated this story during the UFC media interview after the heavyweight champion claimed that he dropped Gane while sparring. 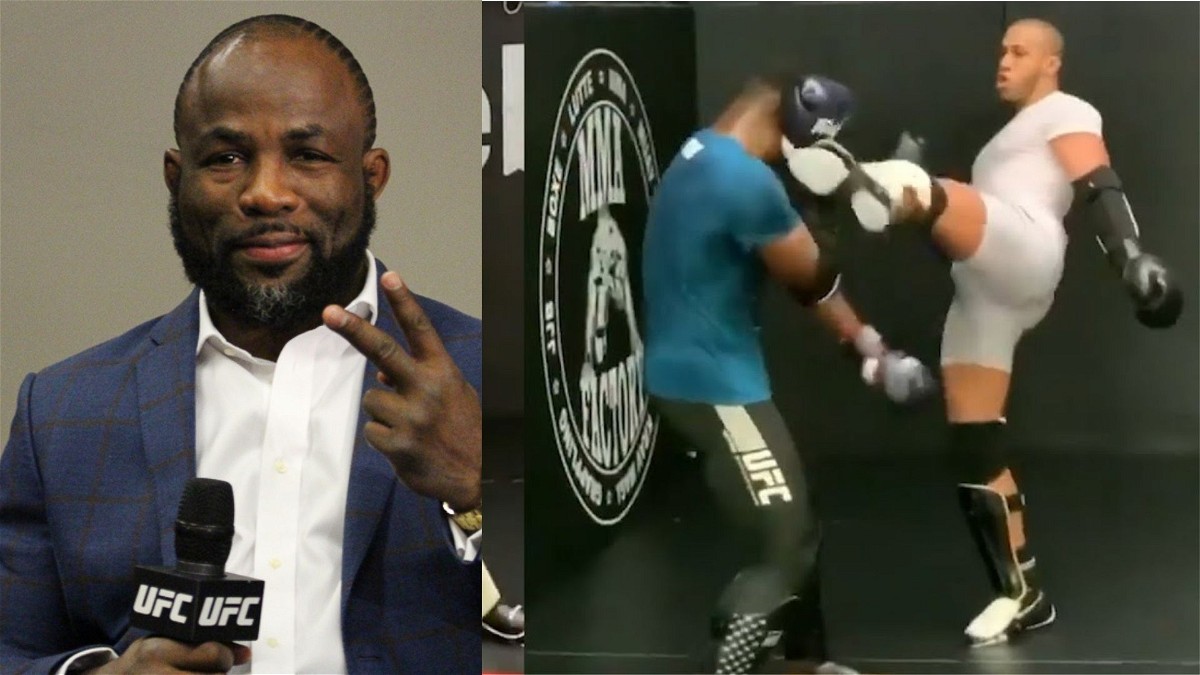 Ciryl’s coach Fernand said that the French fighter wouldn’t go around and claim this because it’s not in his nature to do that. But he made a huge claim by saying “Francis does not want me to ask my committee manager to release the full footage. Because the footage we show Francis bending a knee going and sit down and Ciryl going there to pick him up. That’s the truth. That’s fact,” said Fernand Lopez.

However, he refused an interviewer’s offer to send the footage because the media would jump at him for breaking the gym’s code. With no conclusive evidence, one cannot determine who is true in this drama. Nevertheless we just have to wait for a few days to find out who stands supreme in this mouth-watering heavyweight clash between Francis Ngannou and Ciryl Gane.

So let us know in the comment section who you think will come out on top in this five-round main event title fight.