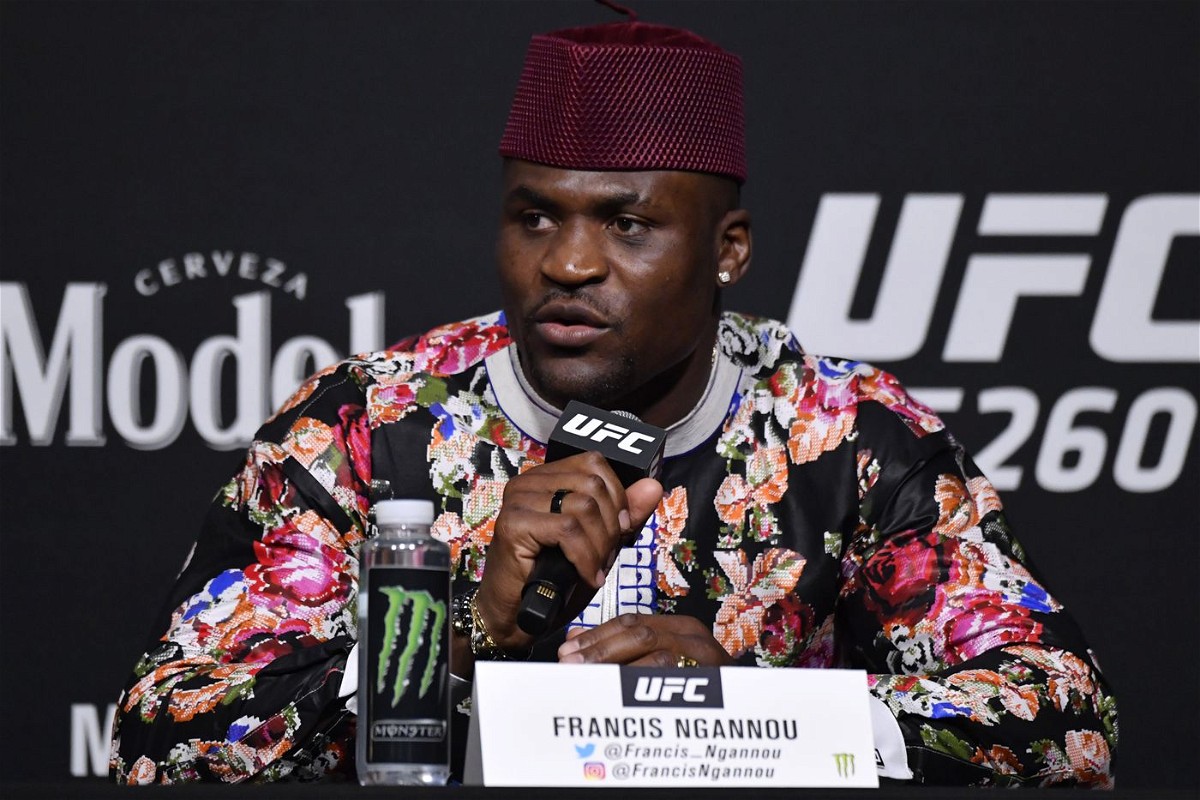 Is bitcoin the future? UFC heavyweight champion Francis Ngannou certainly thinks so. The Cameroon native has a big fight coming up this upcoming Saturday. UFC 270 will take place on January 22. It will see two behemoths going up against each other as heavyweight champ Ngannou will fight Ciryl Gane in the main event of the first PPV of 2022.

The 35-year old has always been at odds with the Ultimate Fighting Championship (UFC) regarding his pay. He has always felt that the promotion has been underpaid. However, for the upcoming PPV, instead of cash, Francis wants half of his salary to be converted into bitcoin.

Yesterday, Francis Ngannou announced on Twitter that he has signed a partnership deal with ‘Cash App’. In the video, Ngannou added, “After doing a lot of research on bitcoin, I really believe it is the future of money, man. Bitcoin is valuable, secure and no one can mess with it. That’s why I’m taking half of my next UFC purse in bitcoin thanks to Cash App.”

I believe bitcoin can empower people everywhere. So I’m excited to partner w/ @CashApp to take half my #UFC270 purse in bitcoin. I want to make bitcoin more accessible to my fans, so I’m giving out $300K in bitcoin! Follow @CashApp + drop your $cashtag w/ #PaidInBitcoin pic.twitter.com/8JEvJ1UYu1

Will Francis Ngannou extend his deal with UFC?

Upcoming heavyweight clash has the probability of being the last time Francis Ngannou fights inside the UFC. As per Dana White, Ngannou has only one fight left under his contract. White was very open with his stance on the dispute between Francis Ngannou and UFC.

The UFC president added, “Look, if you want to be with us, we’d love to have you. If you don’t want to be with us, no problem. It’s all good.” If Ngannou manages to secure a win against Cyril Gane next weekend, then he might have to defend the belt once more according to the championship clause.

However, the champ reserves the right to relinquish the belt and ask for his release. Ngannou wants to try out his hands at boxing. He and Tyson Fury had a back and forth last week. It raises the question of whether the most devastating UFC heavyweight puncher is boxing bound or not.