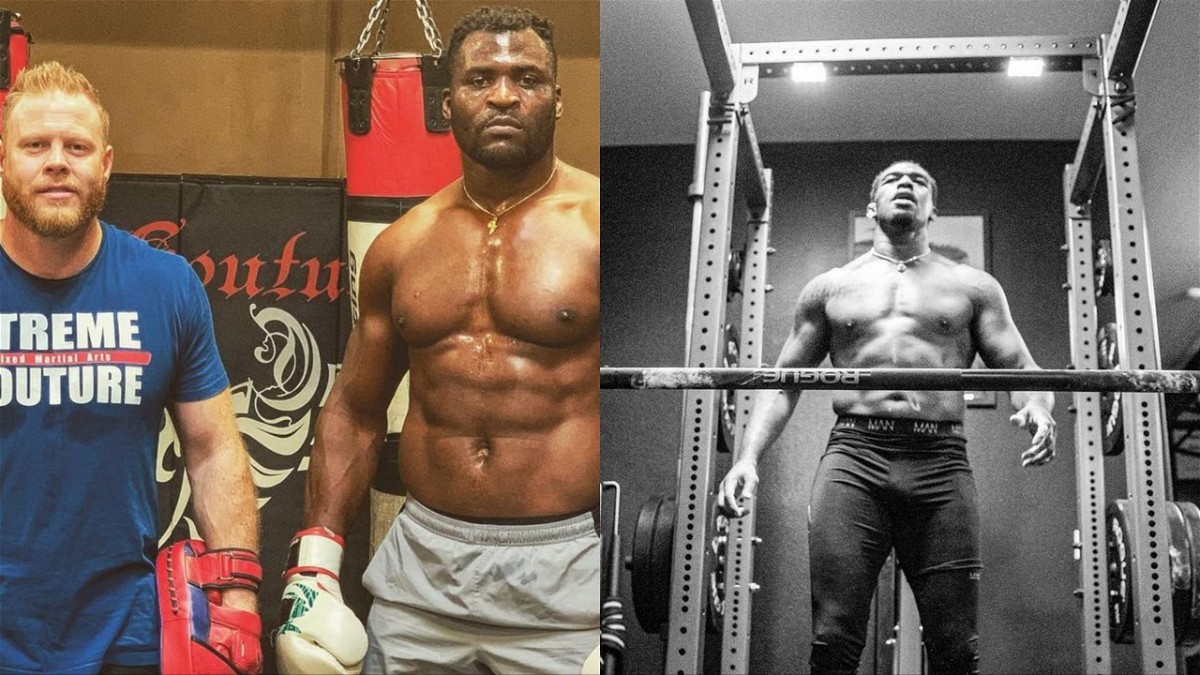 Francis Ngannou is perhaps in the best position of his career right now. He is fresh off a win over Ciryl Gane who was undefeated prior to that contest. The win becomes even more impressive with the revelation of Ngannou’s injured knee. It makes him a scary opposition to face and perhaps even the favourite over Jon Jones in a potential fight.

The fight itself will not take place anytime soon, as Ngannou’s ACL and MCL injuries will take time to heal. But it has not stopped experts from weighing in on what a fight between the two will look like. And Francis Ngannou‘s coach Eric Nicksick has pointed out a potential weakness in Jon Jones’ game plan.

After relinquishing his light-heavyweight championship in 2020, Jon Jones officially announced that he will move up to the heavyweight division in pursuit of greatness. However, the announcement came two years ago and Jones is yet to make his debut at heavyweight. The former 205lbs champ has focused on building up his physique.

Francis Ngannou’s coach lays out the obstacles for Jon Jones

Both Francis Ngannou and his coach, Eric Nicksick appeared on Bruce Buffer’s podcast recently. During that, they spoke on Ngannou being the favourite over Jones at this point in time. Both Buffer and Nicksick agreed to that notion and stated Jones’ muscle gain will backfire on him.

Nicksick added, “I agree with you Bruce 100%. And here’s the thing, that’s why I wanna get him first out and not allow him to have a fight other than Francis in the heavyweight division. ‘Cause he’s gonna have to figure that out on the fly when he’s locked in the same cage with Frances so I’m with you 100%.”

Talking about the muscle gain will be of disadvantage, the coach explained, “I played football. (So) I understand the mass that he’s putting on. That muscle is going to command a certain type of oxygen yeah and if he feels like that’s the way to answer this question and to get into the heavyweight Division I think he’s wrong. Because he’s not carrying that weight naturally”

He further took a shot towards the shape of Jones’ legs as well. Eric said, “I’ll tell you what, he’s not gonna change those little skinny ass legs of his. ‘Cause, we’ll smash those things so we’re gonna chop those legs in half .”

Both Jon Jones and Francis Ngannou have expressed their interest in the fight. Ngannou is currently out with injury and his contract situation is still unsolved. Hence, a fight between these two will most likely take place at the end of the year or early next year. It will interesting to see how long it takes before they share the octagon.