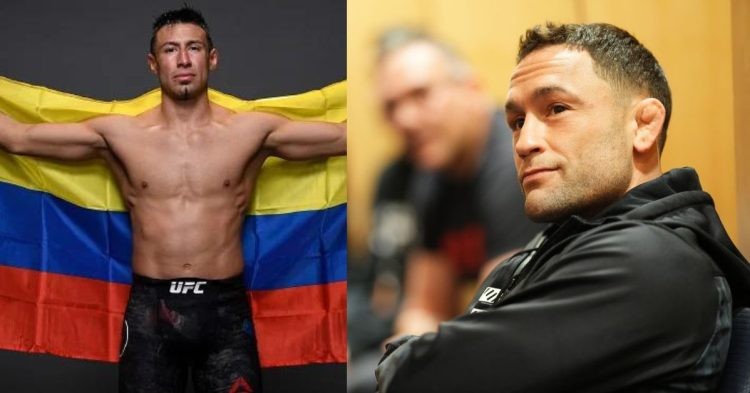 UFC veteran Frankie Edgar will step into the Octagon one last time before retiring from the sport. The 41-year-old will face Chris Gutierrez on the main card of UFC 281 on 12th November.

Edgar is currently at #11 in the bantamweight division and is coming off two losses. ‘The Answer’ is considered a legend by many and over the long run; he has fought some legends of the sport. Edgar has wins over B.J. Penn, Urijah Faber, Gray Maynard, and more. He also has victories over the former lightweight champion Charles Oliveira and Yair Rodriguez.

On the other hand, Chris Gutierrez is coming off a dominant win against Batgerel Danaa and holds a professional MMA record of 18-3-2. Gutierrez has a huge opportunity this coming weekend as he will face a UFC legend. Chris is currently an unranked fighter but a dominant victory over Edgar might put him on the bantamweight list.

Frankie Edgar reveals why he is retiring at UFC 281

The former UFC lightweight champion, Frankie Edgar has been fighting for a very long time and currently fights in the bantamweight division. He is coming off two back-to-back losses against Marlon Vera and Cory Sandhagen.

In both of the fights, Edgar was viciously knocked out. He realizes that he is past his prime and a prolonged fighting career can take a toll on his body. Apart from that, the risk of getting permanent brain damage is a factor that every fighter should realize at some point.

Edgar has had a successful fighting career and he will be happy to call it a day before suffering any serious injuries. Moreover, his recent losses were against two of the best fighters in the division. But this is not the only reason he will hang his gloves at UFC 281.

According to Edgar, he wants to be more around his family and kids. He is married to Renee Edgar and the couple is parents to three children – two boys and one daughter. As per Edgar, he cannot be selfish to pursue his dreams all his life and it is time to focus on his family.

After retirement, Edgar will possibly coach and later open a gym of his own. Like most retired fighters, he will probably venture into acting as well. Either way, Edgar’s legacy is cemented and will be inducted into the UFC Hall of Fame someday.

Chris Gutierrez made his debut in the promotion against Raoni Barcelos in the prelims of the TUF 28 Finale back in 2018. However, Gutierrez lost his UFC debut by submission but soon bounced back with back-to-back wins.

In his last fight, Gutierrez displayed a dominant performance over Batgerel Danaa at UFC on ESPN 33. He won the fight via 2nd-round TKO, due to a spinning back fist and elbows. His upcoming opponent is a UFC legend and a victory over him will be a milestone in Gutierrez’s career.