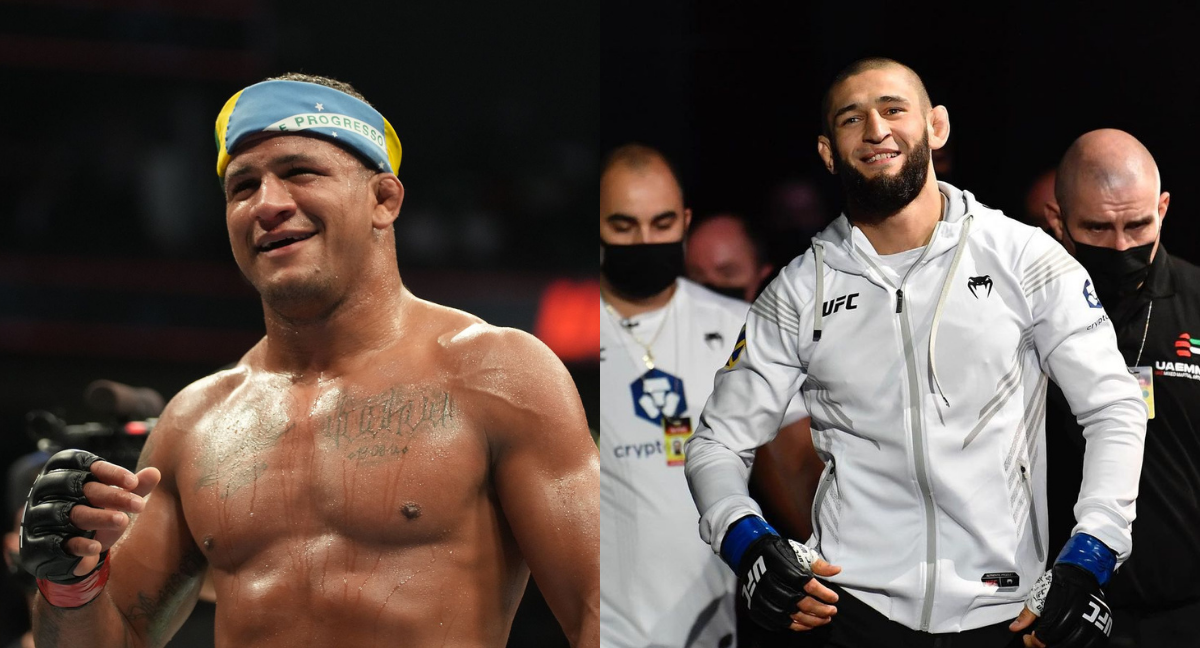 Khamzat Chimaev has had a meteoric rise to stardom ever since he made his UFC debut back in 2020. With five fights deep into his UFC career, Chimaev has already established himself as one of the best in the division.

However, Khamzat Chimaev’s most recent opponent Gilbert Burns has suggested that his quick rise to stardom can lead to his downfall as well. Chimaev and Burns fought a little over a month ago at UFC 273. While the Swedish fighter was able to walk away with the victory in the end, ‘Durinho’ proved to be his toughest test so far.

Where does Gilbert Burns vs Khamzat Chimaev rank in your Fight of the Year list so far?! pic.twitter.com/vxz8ahuZZb

Speaking about ‘Borz’ during a recent interview with Face Off MMA, Burns claimed that the Swedish fighter has started to show signs of the “McGregor Effect”. He said:

“Imagining the best scenario for the guy. With the guy doing the right job, training, focused, the guy will get better. But there’s also that McGregor effect and it’s happening to him. Like when the guy suddenly blows up with lots of followers, sponsorships, and money. Maybe that will have an effect too and the guy will kind of go the other way.”

Khamzat Chimaev has proved that he’s not just a hype train at this point. With 5 wins on a trot since making his UFC debut, ‘Borz’ is certainly destined to achieve greatness if he stays level-headed.

Ever since his win over Gilbert Burns, there has been a lot of speculation surrounding Chimaev’s future. Although nothing is certain at the moment, it looks like the UFC is planning to put together a showdown between Nate Diaz and the Swede. Moreover, a leaked image from the UFC war room has revealed that the match is being targeted for the UFC 276.

As mentioned earlier, nothing has been made official just yet. However, a potential matchup between Chimaev and the Stockton native will certainly be a sight to behold.