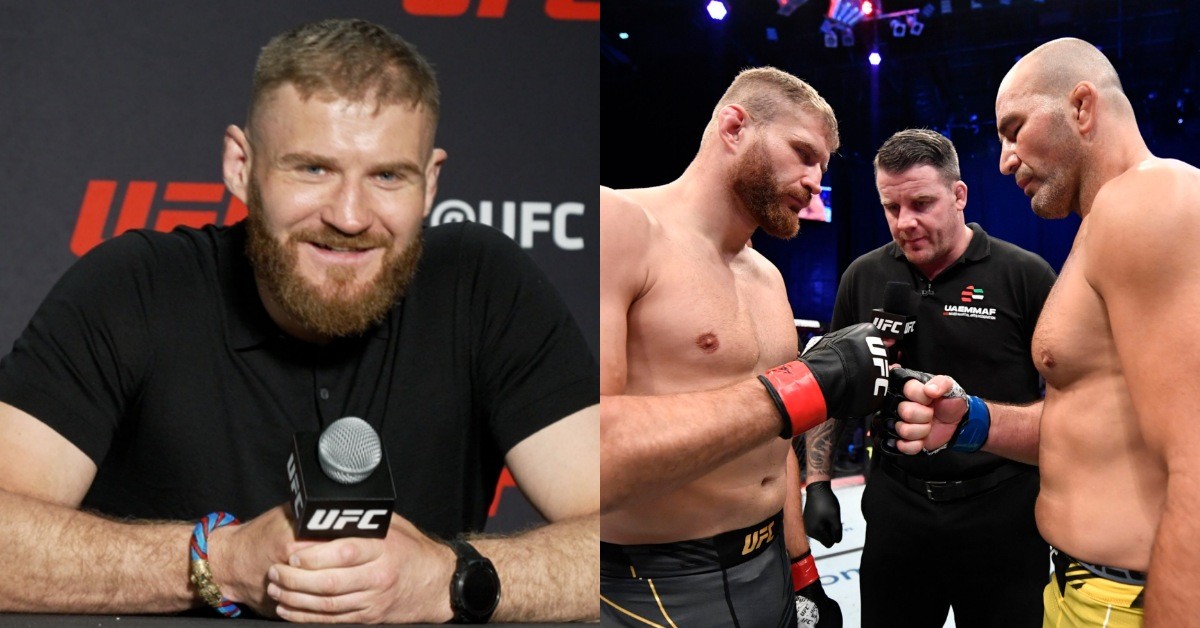 Glover Teixeira and Jan Blachowicz have verbally agreed to fight after the latter’s win at UFC Vegas 54.

Jan Blachowicz has defeated Aleksandar Rakic in the main event of UFC Vegas 54. Coming into the fight, Jan was an underdog according to the betting odds. It just proves how highly the fans and pundits rated Rakic. Although Rakic was very much in the fight, an unfortunate injury caused the bout to end prematurely.

However, Blachowicz deserves a lot of credit for how the contest went. He adopted a very smart game plan to overcome the challenge. Jan targetted Rakic’s calves right from the start. Over a period of 10 minutes, Jan’s kicks did enough damage. Rakic ultimately went down in the 3rd at the 1:11 mark as his knee seemingly buckled.

Time and time again, Jan has proved that he is one of the smartest fighters in the sport of MMA at the moment. He previously neutralized the threat of Israel Adesanya‘s striking by landing well-timed takedowns. Now he has outsmarted Rakic by slowing him down with the help of leg kicks.

With this huge win over Aleksandar Rakic, Jan Blachowicz has thrown himself back into title contention. The current champion, Glover Teixeira will be back in action next month. He is set to defend his belt against Jiri Procházka at UFC 275. If he successfully retains his strap, Glover Teixeria wants to give Jan a rematch. Ahead of the Rakic bout, Teixeria wished for Jan to come out on top and wrote,

Now that Jan has emerged victorious against Aleksandar Rakic, he has responded to Glover. The 39-year-old previously stated that he feels Teixeira will beat Jiri Procházka next. Partly because he wants to avenge his loss to the champ and regain his belt. Following his win against Rakic, Jan repeated the same sentiment as he wrote,

Thank you, Glover! Good luck in your fight and hope to see you soon inside the cage 👊 https://t.co/sfPsdUgpo6

With both fighters seemingly agreeing to fight each other next, it seems like Blachowicz will get the title shot if Glover Teixeira wins. The rematch between them will certainly be big as the previous fight ended with Glover dethroning Blachowicz. Hence, the storyline of the bout will revolve around Jan’s quest for revenge.

Will Glover Teixeira beat Jiri Procházka to retain the belt? If he does, can Jan Blachowicz get his revenge? Let us know your thoughts in the comments below.