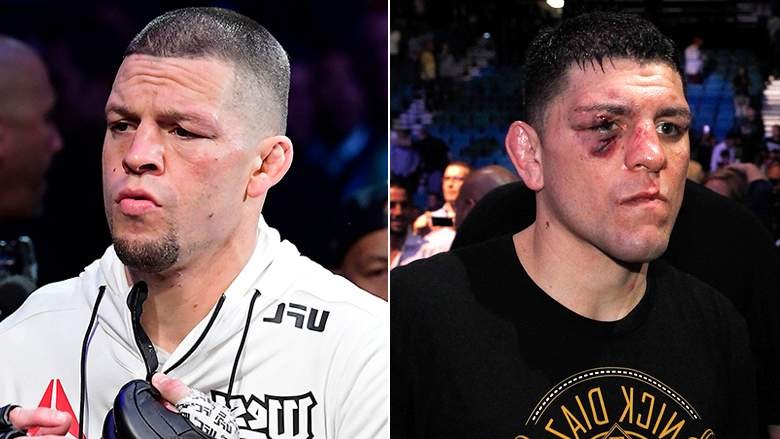 At UFC 266 the whole world saw the return of Stockton’s own Nick Diaz. Nick stepped into the octagon after a long layoff against his former rival Robbie Lawler.

Nick last fought in the UFC against Anderson “The Spider” Silva at UFC 183. Although, Silva won the fight via unanimous decision, it was later on declared a no-contest as both Diaz and Silva tested positive for banned substances.

After 17 years…the rematch all goes down NOW.

At UFC 266, it was a rematch between Diaz and Lawler. Their first fight was at UFC 47, where Diaz knocked out Lawler in the second round.

But in the rematch, Robbie Lawler took the revenge of the first fight and came out victorious. Lawler was looking phenomenal in the fight and finished Nick in the beginning of the third round.

The Diaz Brothers are one of the most interesting personalities in the UFC. Both Nick and Nate are cherished by the MMA Community.

Nate Diaz was in the corner of his older brother for his fight against Lawler. Although Nick lost the fight, but according to Nate Diaz his brother is the GOAT.

Nate Diaz posted a photo of his older brother Nick on Instagram with a caption, “The GOAT, Nick Diaz army Motherf*****”

The fans saw both the Diaz Brothers fight this year. Nate Diaz fought against Leon Edwards at UFC 263. Whilst Nick squared off against Robbie Lawler at UFC 266. It was a treat for the MMA fans to witness the return of both Nick and Nate Diaz. Who do you think should fight the Diaz Brothers next? Let us know about your opinions in the comments section below.