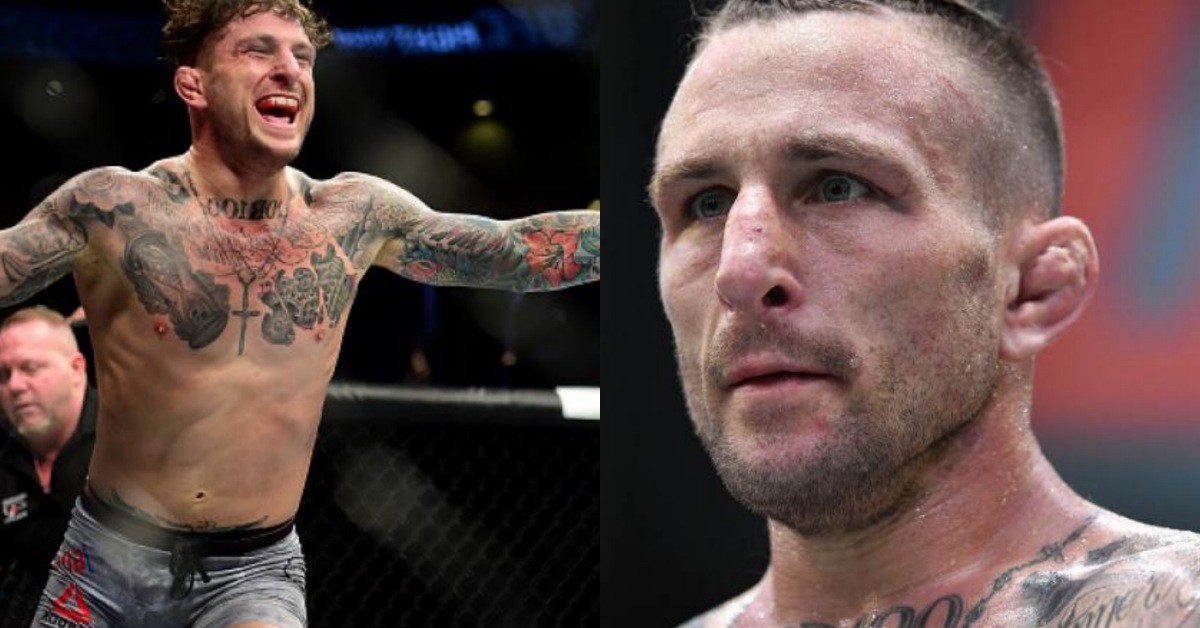 In a recent development, it seems like the UFC has removed Gregor Gillespie from its 155lbs  rankings. The lightweight fighter last fought Carlos Diego Ferreira over a year ago. Hence, inactivity may just be the reason for his removal from the rankings.

A Twitter user pointed out earlier today that Gillespie is no longer listed in the rankings of the lightweight division. But he is still listed as an active fighter on the official website. So that fans can relax for the time being. The company did the same with Leon Edwards last year due to inactivity as well.

However, UFC has parted ways with fighters when it seemed unlikely. As a result, it will come as surprise to none if an official statement regarding the matter came out. But it is possible that the UFC may put him back in the rankings if he accepts anot

I am removed from the RANKINGS.. Not from the organization. (Fighters are removed after 12 months of inactivity). I am NOT GOING ANYWHERE! The UFC has always been great to me! 100% class! It is not their fault that I don’t have a fight. They Have offered me plenty of fights

her bout and emerges victorious.

Gillespie later confirmed this on his social media platform, that UFC has just removed him from the rankings and he is still signed with the promotion.

Was the UFC right to remove Gregor Gillespie?

UFC has taken a lot of unpopular decisions over the years. However, this time around, they may just be right to take this call. As mentioned previously, Gregor is not the most active fighter in the UFC at the moment.

Gillespie came into UFC as an unbeaten prospect who was destined to be great. Things certainly seemed to go that way as Gregor ran through 6 opponents back to back. It included 5 finishes and 3 post-fight bonuses.

But he got a reality check against Kevin Lee on the main card of UFC 244. He was knocked out cold with a head kick from Lee. The knockout was so terrible that he was unconscious for quite a while afterward. Since that fight in 2019, Gillespie’s career stalled in a big way. He has only fought once in 3 years. Hence, the UFC was perhaps right to make the hard call.

Despite the loss, Gregor Gillespie is still very highly rated amongst his peers. He was even seen as a potential opponent who could beat Khabib Nurmagomedov. Although those days are long gone, Gillespie can still be a key player in the division. He is one of the most decorated grapplers in the UFC. Hence, it will not be surprising to see him have a complete turnaround and break into the rankings once again.

The 35-year-old previously stated in an interview with MMA JUNKIE, that he wants to fight someone relevant. He is not really interested in fighting up and comers. Gregor also revealed that he was at an advanced stage of fighting Tony Ferguson. However, that deal fell through.

Do you think Gregor will come back to UFC ever again? If he does, who do you think he should fight them? Let us know in the comments down below.

Luka Doncic and Giannis Antetokounmpo Are the Best Players in the World Right Now, Here’s Why