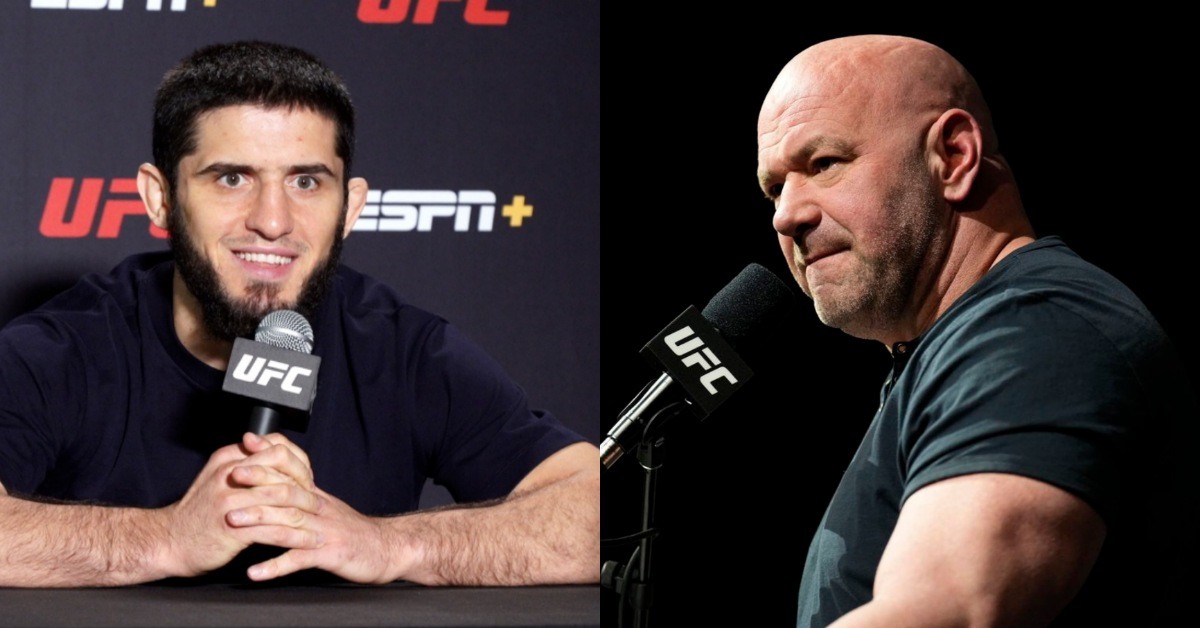 Islam Makhachev is not sure if he will fight for the title next or not. He recently spoke to Brett Okamoto of ESPN and revealed what his next move is. Islam also gave his thoughts on why he thinks that the UFC is hesitating to give him the title bout.

During the interview, the 30-year-old revealed that he may be fighting Beneil Dariush next. They were previously scheduled to headline the UFC Fight Night on February 26. But Dariush could not make it to the Octagon in light of an injury. Islam went on to fight an unranked Bobby Green. But the interest in the fight never went away. Dana White is a big advocate of matching them up once again.

On the topic of having Dariush as his next opponent, Islam Makhachev spilt the beans on why the UFC is so bullish on rebooking this fight. According to him, the UFC wants him to fight a contender before getting a title shot. But Islam was not convinced by that; he raised the point that the division has no champion at the moment. However, Makhachev did not rule out the chance of him fighting Charles Oliveria next for the vacant lightweight belt.

Islam Makhachev explains why he may not get the title shot

As the fans know, Charles Oliveira missed weight during the weigh-ins for UFC 274. Hence the UFC decided to strip him of the title and vacate the belt. But Oliveira went on to beat Justin Gaethje at the PPV and earned the no. 1 contender status. There has been a clamour for Islam Makhachev to be the other fighter for the next championship bout. Even Joe Rogan apparently tried to convince Dana White to book the fight.

Just for the record, I like to break records and I want to break another one… Fighting twice in same night. I can knock Conor out, and make Dias tap.

What do you think @danawhite?

But Oliveira does not seem interested in the prospect of fighting Islam Makhachev. He has his eyes set on bigger names such as Conor McGregor and Nate Diaz. Makhachev took offence to that and reveals Oliveira’s unwillingness to fight him may just be a reason why the UFC may not book this contest. He said,

“I don’t know. Because, may be if Charles say I’m not ready or something like that. Or he say Islam not deserve. But he ask about fight for this Nate Diaz or Conor. I wanna ask him ‘these guys deserve? who you call all the time?'”

Islam Makhachev also called Charles Oliveira unprofessional for not making the weight ahead of defending his belt against Justin Gaethje. But he has not given up on the Oliveira fight completely just yet. Islam wants to defend his 10 fight win-streak against Charles’ 11 fight win streak.

He also spoke on whether he thinks Dana White is angry at him or not, for not wanting to fight Rafael Dos Anjos on short notice. In answer to that, the Khabib Nurmagomedov protege said,

“Maybe, but I saw the last press conference. He say ‘this fight interesting for me’ and Joe Rogan say lets make this fight. He (Dana White) always mad. But he’s not mad now. Now he know this fight have like major interest. All the fans want this fight.”

Makhachev believes that he is the only contender left to fight Charles Oliveira. The Brazilian has already gone through the likes of Dustin Poirier, Tony Ferguson and Michael Chandler. Hence Islam Makhachev will be a fresh matchup for ‘Do Bronx.’