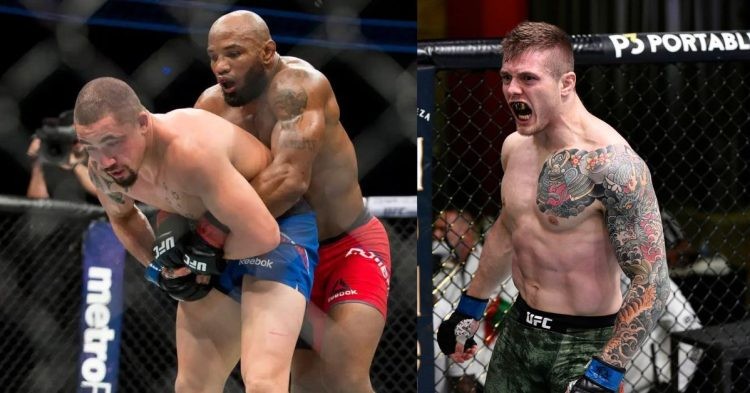 Marvin Vettori is a young, vehement fighter who has all the potential in the world to be the best in his division. However, in order to accomplish this ambition, he has a very hard challenge in front of him. His next fight is against the former middleweight champion, Robert Whittaker.

Fighting Whittaker is no easy feet. Not only he is the former champion of the division but also he has only been defeated by the current middleweight champion, Israel Adesanya. Apart from that, Whitaker has been unbeatable.  It’s very rare that one would see him being out-skilled or outmatched. He is a well-rounded MMA fighter, who has multiple ways to attain a nice victory for himself.

Both are set to fight at UFC Paris, If Vettori defeats Whittaker, he would likely move up to the top of the list. The “Italian Dream“ will be optimistic about his prospects of winning because, as he told the press this week, he thinks his fighting skills are developing while Whittaker’s aren’t.

In the interview, he stated, “He’s a great fighter and I don’t believe he goes into training cruising, but the hunger is way different. We’re different. I’m on my way up, he’s not.”

When asked about how he sees the fight with Whittaker, if he plans to take him down and grapple, he stated, “He can’t grapple with me, He just can’t. I can do anything I want. It’s MMA at the end of him. I match-up very well against him”

Robert is being coherent with how he responded to Vettori. To say that Whitaker has not improved would be ignorant and unreasonable statement to make. Primary due to, his second fight against Israel was way more competitive than first and also since his first defeat from the champion, he has fought world class fighters with different skillset and has beaten them in impressive fashion.

However, one does not predict anything with surety in this sport. Marvin could very well be aware of this and would purposely would make such a statement to get inside Whitaker’s head. What do you think could be the reason? Do let us know.