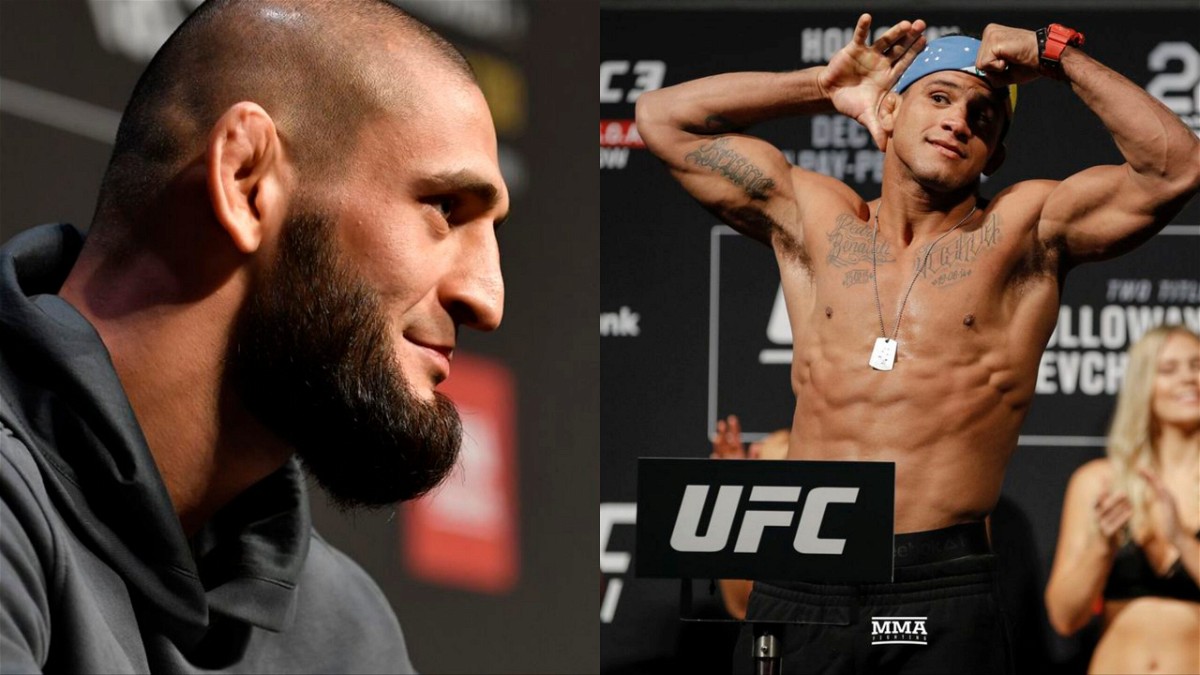 Gilbert Burns is a highly rated Brazilian Jiu-Jitsu practitioner. His ground skills are much feared amongst his opponents. Even the no. 1 pound for pound fighter Kamaru Usman, who’s probably the best wrestler of the division, did not engage in grappling with him.

However, Khamzat Chimaev himself is an elite wrestler. During an exhibition match earlier this year, he took down Jack Hermansson at will. Hermansson is a massive 185lbs pounder and such dominance over him shows the level of Khamzat’s wrestling.

Earlier, Gilbert Burns claimed that he had secret wrestlers in Chimaev’s camp ahead of the preparation for UFC 273. During a recent interview, Khamzat addressed that rumour and added that Burns is trying to build ‘drama’. He said,

Khamzat Chimaev is extremely unpredictable in his offence. Chimaev has submitted two of his opponents in the UFC and stopped the other two with KO/TKO stoppages. In all 4 of his UFC fights, none of his opponents landed more than one significant strike combined. Hence, it will be hard for Burns to predict what gameplan Chimaev may have. The 27-year old further added,

“How you f****** learn wrestling in two months, two or three months? Never. In his dreams, he can’t take me down. He knows that. The guys that have been in my gym — like some guys that [also] train there with him, they’ve been in my gym — I don’t know what they told him, but I beat them all and he knows about that. He’s scared.”

In the interview, Chimaev also added that he wants to fight for the belt next. But he is not limiting his aspirations within the welterweight division. The Swedish fighter also wants to dethrone Israel Adesanya in the middleweight division and a discussed future move to light-heavyweight.