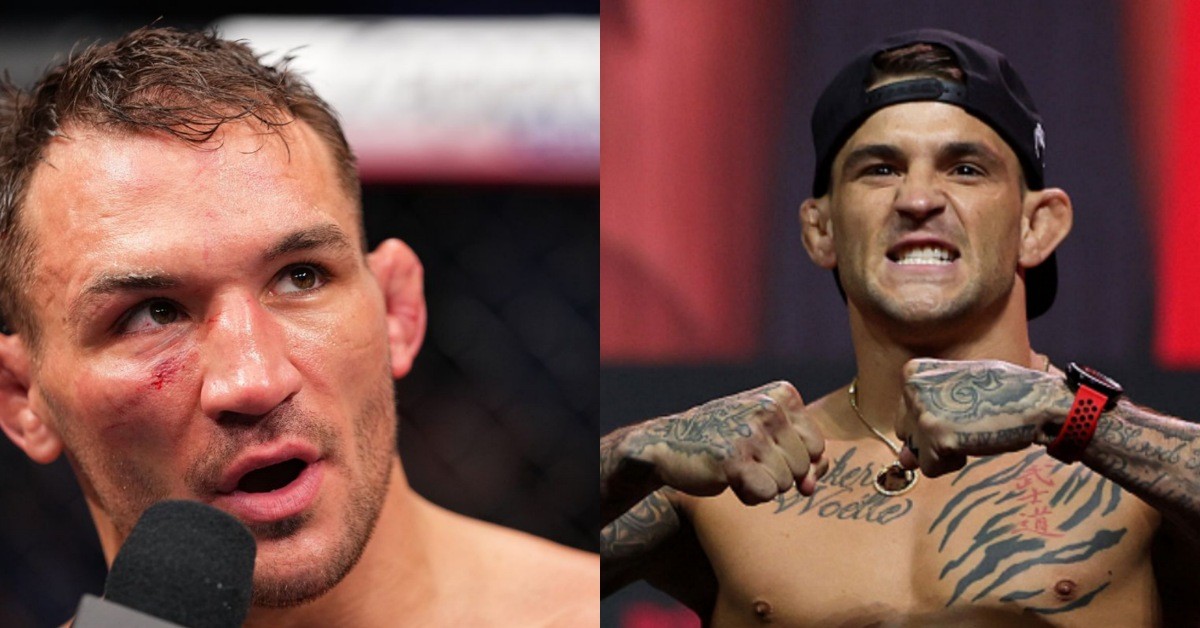 It is payback time for Michael Chandler as he snubs Dustin Poirier from his post-fight call outs. Chandler is also unmoved by Dustin Poirier’s ability to generate PPV buys.

Michael Chandler is one of the most bankable stars in UFC right now. His stock has risen significantly since his performance at UFC 274 last week. Not only did Chandler become the only fighter to knockout Tony Ferguson, but he also did it in the most brutal manner possible. After that, He has shown interest in fighting Conor McGregor, Nate Diaz and Charles Oliveira. But he notably left out Dustin Poirier.

‘The Diamond’ did not seem amused with it. After the event on May 7th, Poirier took to Twitter to point out Michael Chandler’s lack of acknowledgement of him. He wrote,

A lot of names being said by Iron Michelangelo but I’m not hearing mine. Respectfully

In a recent appearance on The MMA Hour, Michael Chandler spoke on the issue to Ariel Helwani. Chandler did admit that he has a personal grudge against Poirier; but the main reason why he did not call out Dustin, was because he just simply did not remember his name. Mike also questioned the former UFC Interim Lightweight Champion’s star power. He said,

Is Michael Chandler right to Dustin Poirier’s drawing power? Although Dustin was involved in two of the biggest recent PPVs (UFC 257 and UFC 264), it was mainly due to Conor McGregor’s involvement. His last PPV main event against Charles Oliveria at UFC 269 reportedly did ‘only’ 500,000 buys. It is certainly not a figure to scoff at, but it proves Dustin is yet to become a crossover, bonafide PPV star.

What is next for Michael Chandler?

Michael Chandler is in a great position in the UFC right now. Although he is currently 2-2 in the company, all of his fights have been entertaining. He has already collected 3 post-fight bonuses in only 4 fights. Chandler’s fight style makes for an exciting bout against almost anyone in the top 10. Hence, the UFC can not go wrong with any potential matchups for him.

However, all the momentum is behind Michael Chandler vs Conor McGregor. UFC president Dana White revealed he is open to making the fight for Conor’s return. The fans also seem excited about the prospect of a fight between the two. It also makes sense from a business point of view. If Conor gets a win over Chandler who is currently ranked 5th, it clears up the path for him to get a title shot without any controversy.

But Nate Diaz has also expressed his interest in fighting Chandler. The latter has also been very open to the idea as he wants a quick turnaround. So it will certainly be a big fight as Nate’s star power is undeniable. At this moment, there is no official confirmation on whom Chandler is fighting next. But his next foray into the Octagon will surely be a must-see one.