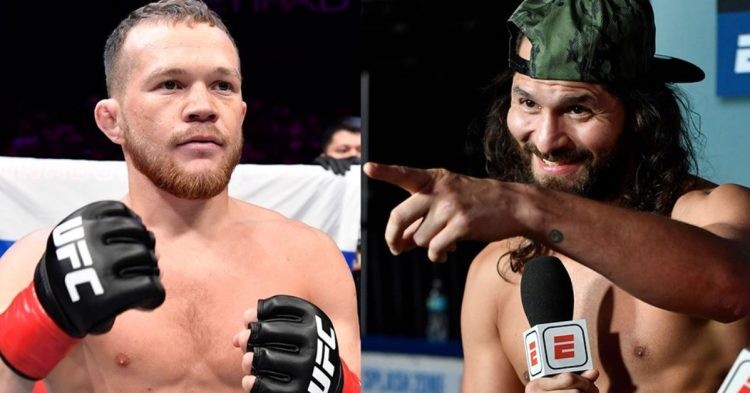 UFC’s top welterweight contender Jorge ‘Gamebred’ Masvidal seems to be a big Petr Yan fan. In an episode of the Punchin’ In Podcast, Masvidal expressed his admiration for the former bantamweight champion.

Jorge Masvidal, who once scared Dana White during his face-off against Kamaru Usman, admitted that Petr Yan is one of the toughest and scariest fighters in UFC.

He said, “Petr is one of my favorite fighters, I have followed him from his first fight in the UFC to today and I love this guy. He’s a computer. He is a cold-blooded computer that can fight, fight in a rack, he has excellent grappling, an inexhaustible gas tank, and mentally he is incredibly tough. This guy just can’t be broken, bro.”

Petr Yan is set to take on the flamboyant ‘Sugar’ Sean O’Malley at UFC 281 on October 22nd. Yan lost his interim bantamweight title to Aljamain Sterling in a closely contested bout that went to the judge’s scorecards. Losing via split decision where many believed Yan should have gotten the nod. A win against O’Malley will probably not give Yan the title shot he wants but will surely help to derail the hype that ‘Sugar’ carries around.

Jorge Masvidal, on the other hand, has only stepped inside the cage once this year losing to his biggest rival Colby Covington in a fairly one-sided fight. Masvidal has now lost three fights in a row and desperately needs a win to stay relevant in the already crowded welterweight division. There have been number of rumors about Masvidal fighting Gilbert Burns later this year, although nothing has been confirmed by the UFC so far.

How would Petr Yan match up against Sean O’Malley?

Yan is certainly the best striker in the bantamweight division, some even consider him to be the best striker in the entire UFC roaster. After losing to Sterling, Yan’s reputation in the bantamweight division has surely been dented and a loss against number twelve-ranked O’Malley will only worsen things. The only reason O’Malley is making such a huge jump and fighting the number one contender is because of the domination he has displayed in his previous fights.

Some believe that it’s a massive mismatch for O’Malley and Yan’s level of striking will be too much for him. But anyone who has seen O’Malley’s recent performances knows that he has mastered the art of striking as well. The power and accuracy of his shots are unmatched. The only department O’Malley lacks in is experience. While Yan has beaten experienced and high-level fighters like Jimmy Riviera, Urijah Faber, Jose Aldo, and Cory Sandhagen. Sean O’Malley is yet to register a win against a top 10 bantamweight contender.