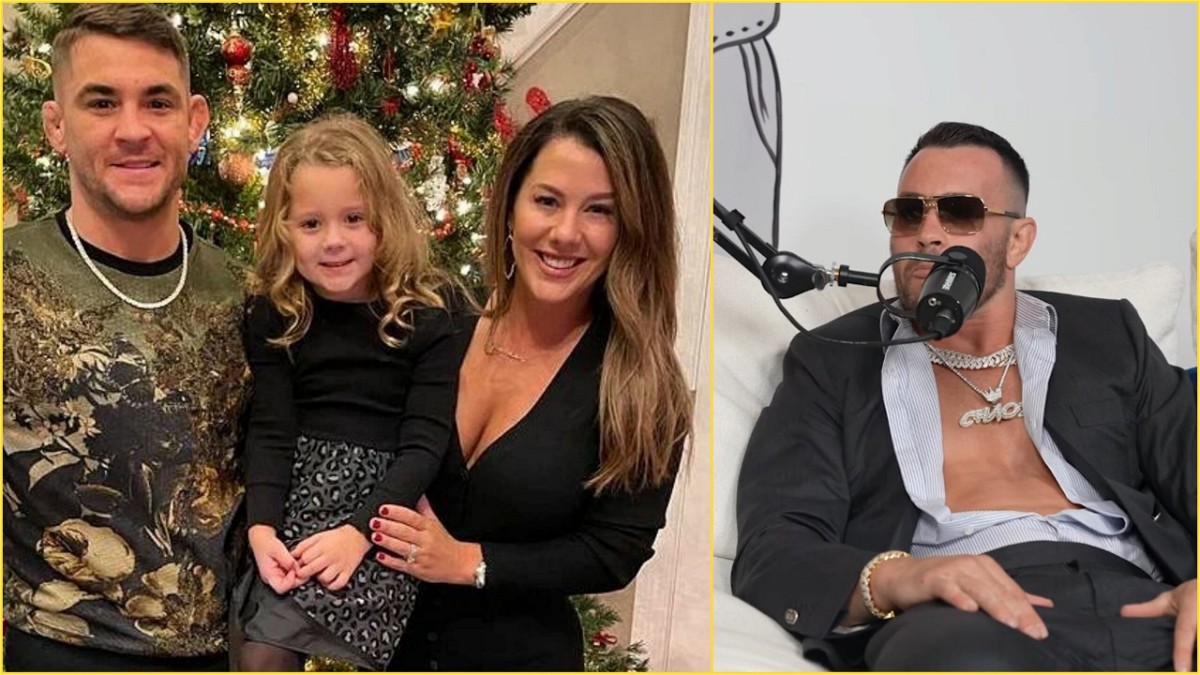 Colby Covington is known for his aggressive trash-talk but his verbal attacks on Dustin Poirier and his family has been particularly uncomfortable to witness. In an appearance on the Nelk Boys’ ‘FULL SEND PODCAST‘, Covington has finally explained his actions.

The 34-year old called out Dustin Poirier after his domination of Jorge Masvidal at UFC 272 earlier this month. Colby often refers to Poirier as ‘Louisiana swamp trash’. During his call out, the no. 1 ranked welterweight fighter in the world targeted Dustin’s family.

Until 2020, Covington and the former interim lightweight champion were teammates. However, Dustin Poirier stood up for his friend Jorge Masvidal and condemned Colby’s choice of words.

Colby Covington does not regret bringing up Dustin Poirier’s family

Colby Covington explained that he did not have a beef with Dustin Poirier until Poirier spoke out against him. He brought up the incidents when ‘The Diamond’ publicly stated that he will attack Colby ‘On-sight.’

During the aforementioned podcast, Colby Covington spoke on why he does not think bringing up the family members of Dustin Poirier was a bad move. The King of Miami said,

“That’s the thing, I don’t think there’s a line with that if you’re exposing and putting that self out there. For someone like Dustin who is openly putting his wife out there and saying he’s a good father and this and that, that’s what he’s portraying. He is using them as props. If you’re gonna use someone as a prop then I might say something about them.”

Covington added that Dustin should back up his words and meet him inside the Octagon. The two time 170lbs title contender also hinted towards Poirier’s wife allegedly having an affair with Conor McGregor. He cited Jolie Poirier’s DM to the Irishman as the reason for his suspicion.

Following Covington’s call out after UFC 272, Dustin Poirier declined the opportunity of a fight against him. Prior to that event, the 32-year old also claimed that he might go to jail if he does end up putting his hands on his former teammate.

Covington called his potential fight with Dustin Poirier the biggest fight that UFC can make at the moment. However, fans just saw a similar storyline play out at UFC 272. Is there an appetite for a contest similar to that? Comment below to share your thoughts on that matter.