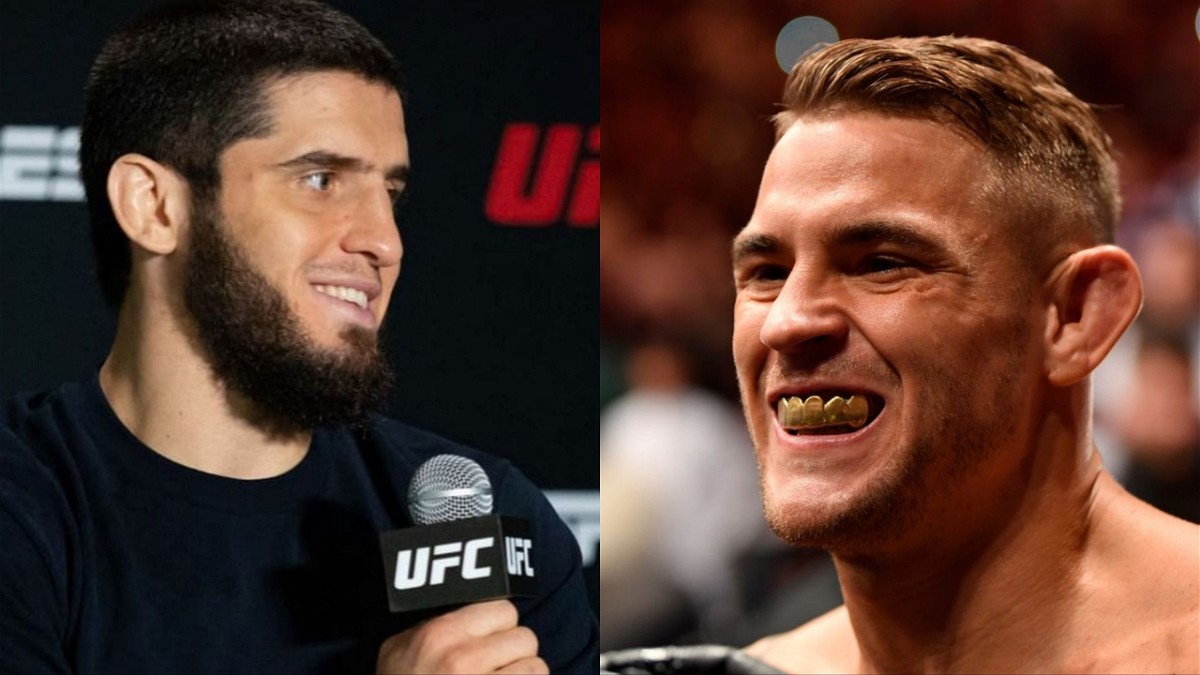 Dustin Poirier is planning a move to Welterweight. ‘El Diamante’ lost his last fight against the 155lbs champion Charles Oliveira at UFC 269. Ahead of the fight, Poirier stated that he will look for big fights if he loses against Oliveira. The Louisiana native also stated that a potential move to 170lbs is also on the cards.

The statement did not come as a surprise to Islam Makhachev. In a recent interview, he commented on the future of his fellow lightweight. The 30-year old stated Dustin is chasing the green because he will never be good enough to capture the gold.

“I think he (Dustin Poirier) just wants to make money. He knows he’s not gonna be a champion no more. That’s why he’s thinking about money now. He just wants to choose the (weight-class) where he can make more money. That’s my opinion (on Poirier moving to Welterweight,)” said Makhachev.

Islam Makhachev is scheduled to fight Beneil Dariush on February 26. Makhachev is currently ranked at 4th while Beneil is one step ahead of him at 3rd. With a win over Dariush, Islam will be in a prime position to face the winner between Charles Oliveira vs Justin Gaethje which is scheduled for UFC 274.

Will Dustin Poirier fight at Welterweight next?

Dustin Poirier is one of the biggest draws in the UFC right now. Hence, no matter what he does, fans will definitely tune in. Poirier’s star power was evident from the PPV buy-rate for UFC 269. It reportedly sold around 500,000 PPVs. It just proves how high his stock is right now in MMA.

A move to Welterweight will help Dustin Poirier to maximize his monetary potential. He has already planted seeds of a fight against his former teammate Colby Covington. There were recent rumours of a bout against Nate Diaz at welterweight too. It will not be surprising if the fourth fight between Poirier and Conor McGregor takes place at 170lbs either.