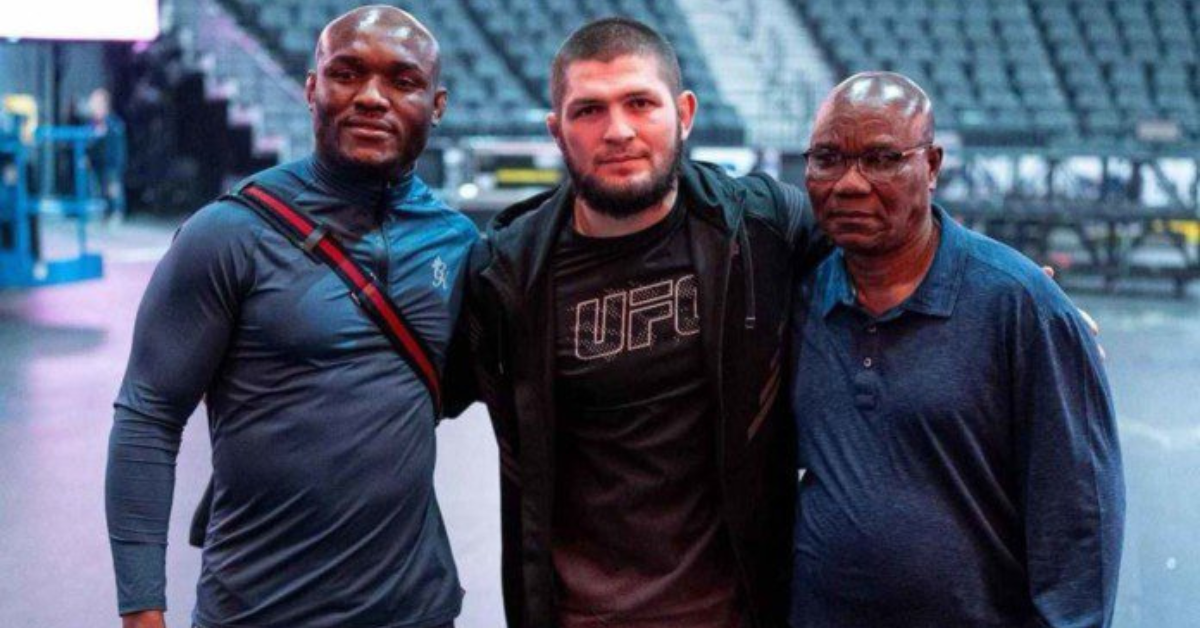 Kamaru Usman is the undisputed Champion of the Welterweight division. Usman has been dominant and has successfully defended his Welterweight title two times against Colby Covington and Jorge Masvidal. Usman is scheduled to take on Gilbert Burns for the Championship belt at some point in the future. Kamaru Usman shocked the world when he dominated Tyron Woodley for five straight rounds to win the UFC Welterweight Championship.

Khabib Nurmagomedov shared his thoughts on the current UFC Welterweight Champion Kamaru Usman and claimed that no fighter can beat Usman in the next two years.

The Dagestani fighter spoke about Usman’s wrestling prowess and called him one of the best in the world. Nurmagomedov also claimed that Kamaru Usman will remain undefeated for a long time. He feels that there are no real contenders for him in the division. Wit notable victories over Jorge Masvidal, Colby Covington, and Tyron Woodley in his last three fight, Kamaru Usman has cemented himself as one of the greatest mixed martial artists in the UFC Welterweight division.

“Out of seven billion people in the world, I think Kamaru Usman is one of the best in wrestling. He’s a Champion, a very physical guy. We’ve been friends for a while. We are pretty close. I don’t think anyone will be able to beat him in the next two years.”

Khabib Nurmagomedov stated that Usman needs to find a new rivalry. With Tyron Woodley, Colby Covington, Jorge Masvidal looking at a rematch against Usman, the UFC Welterweight Champion has been in a feud with the same fighters ever since he picked up the belt.

“Who’s a contender now? He beat Colby Covington, Damien Maia, Jorge Masvidal, Leon Edwards. Who else? He beat Rafael dos Anjos. I think he needs some fresh blood with a good perspective. But I don’t see any real contenders from him in the near future.

UFC Welterweight division is booming right now, with incredible talents and interesting match-ups. With Leon Edwards and Gilbert Burns equally worthy of a title match, it will be interesting to see who will Usman fight next. Kamaru Usman has been an unstoppable force inside UFC. He will look to maintain the same win-streak when he defends his title next.