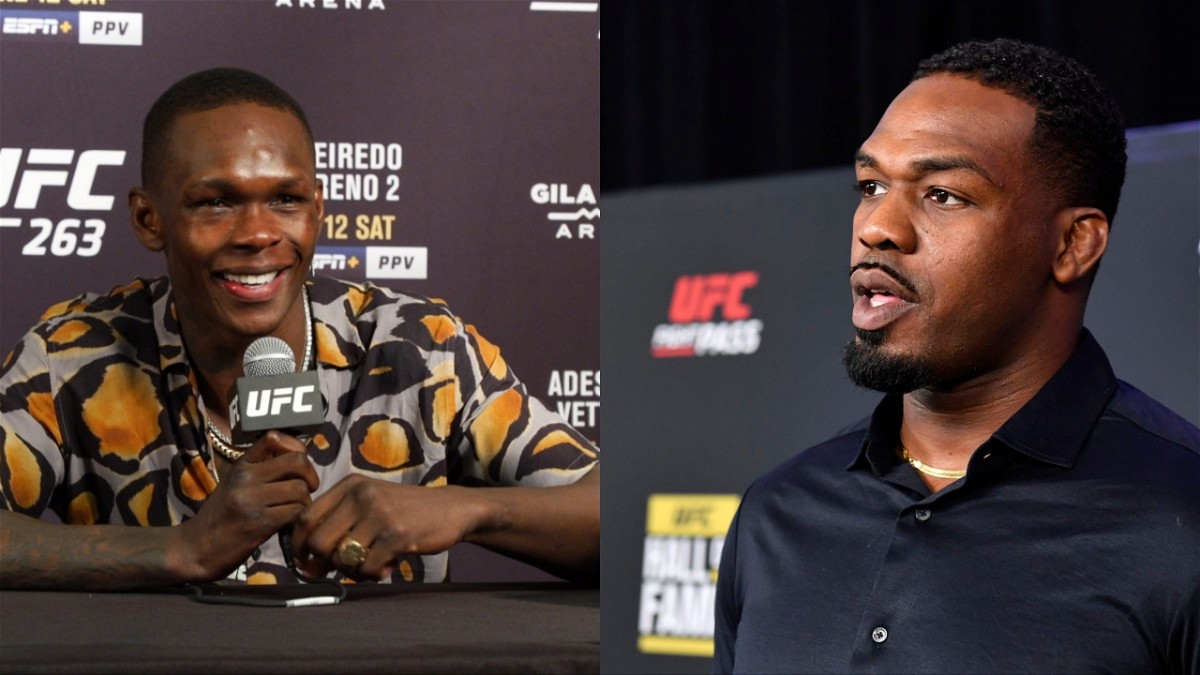 In September of 2021, Jon Jones was inducted into the UFC Hall of fame for his first fight against Alexander Gustafsson at UFC 165 in 2012. However, the trip to the ‘Sin City’ wasn’t exactly a pleasant one as he was arrested on the various counts by Los Vegas Metro Police Department.

While being taken into the custody, Jon Jones could be seen in a very distressed condition. He also seemed to be intoxicated while the procedure was taking place. In a moment of emotional outburst, Jon rammed his read on the police car.

It is no secret at this point to the Mixed Martial Arts (MMA) fans that Israel Adesanya and Jon Jones do not like each other. Ever since Izzy rose to fame, he and the former UFC light-heavyweight champion have gone back and forth.

Even on the occasion of valentine’s day earlier this year, Izzy did not forget to take a dig at Jones for his past. In a recent appearance on TMZ programming, Adesanya could not resist to the temptation to take a swipe at Jon Jones. He said,

“I’m glad that I can be invited to TMZ. I’m not here getting looked up for the wrong reasons and being put on TMZ, a crazy view of me, I don’t know, banging my head against a cop car, something crazy like that. I’m glad that’s not me. But hey, knock on wood!”

He later went on to add, “F*ck this c*nt. He needs to find himself first, fight his demons, that’s the main thing he needs to be fighting. Go back to church. Phillipinas 3:16 or whatever ir was, go back to church.”

Jon Jones recently had some major developments in his personal life as well. There is currently on word on when the fans can expect to see him back in the cage. Israel Adesanya on the other hand is coming off a victory at UFC 271. He looks set to fight Jared Cannonier next.