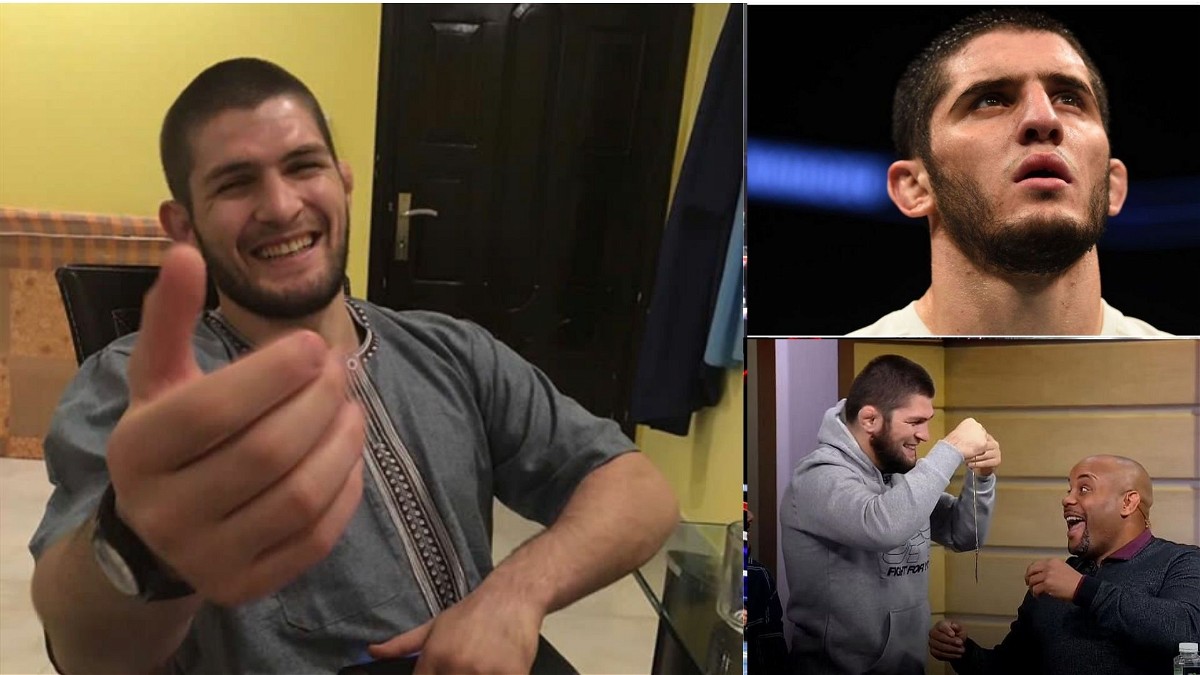 Recently few of the biggest names in the UFC took part in a metaverse event organized by Legionfarm NFT (a gaming Metaverse). Khabib Nurmagomedov, Daniel Cormier, Islam Makhachev, and Max Holloway joined the event and had great fun. Khabib and Holloway even got to be a part of the first-ever metaverse fight in history.

Khabib knocked out Max many times in their metaverse boxing bout to remain unbeaten as he is in MMA. Apart from that, there were many such highlights of the event. One such is when Khabib and DC pulled Islam Makhachev’s leg.

While talking to DC in the metaverse Khabib said “Do you know what is interesting DC? Tonight our friend will cook a lot of food and Islam is going to eat only green salad. I am gonna enjoy chicken, beef, and everything.” Khabib further jokingly questioned DC about the reason behind Khabib eating everything “Do you know why DC?”

To which, DC responded by saying “because you are retired“. But, Khabib then came up with the punchline “No,  because we are champions, these guys need to prove a lot. He has to focus on”

DC was laughing out loud there and it seemed Islam was a little embarrassed as he went on to say “this is number one bulls****“. Nevertheless, everyone shared a good laugh afterward about it.

Islam Makhachev to prove himself in his next fight against Beniel Dariush:

As Khabib joked about Islam’s need to prove himself, the opportunity to do so lies in the near future for Makhachev.

Islam is going to face UFC’s lightweight #3 fighter Beniel Dariush next week. If Islam manages to stop Dariush’s seven-fight win streak he will certainly prove to the world his contention for the lightweight title. 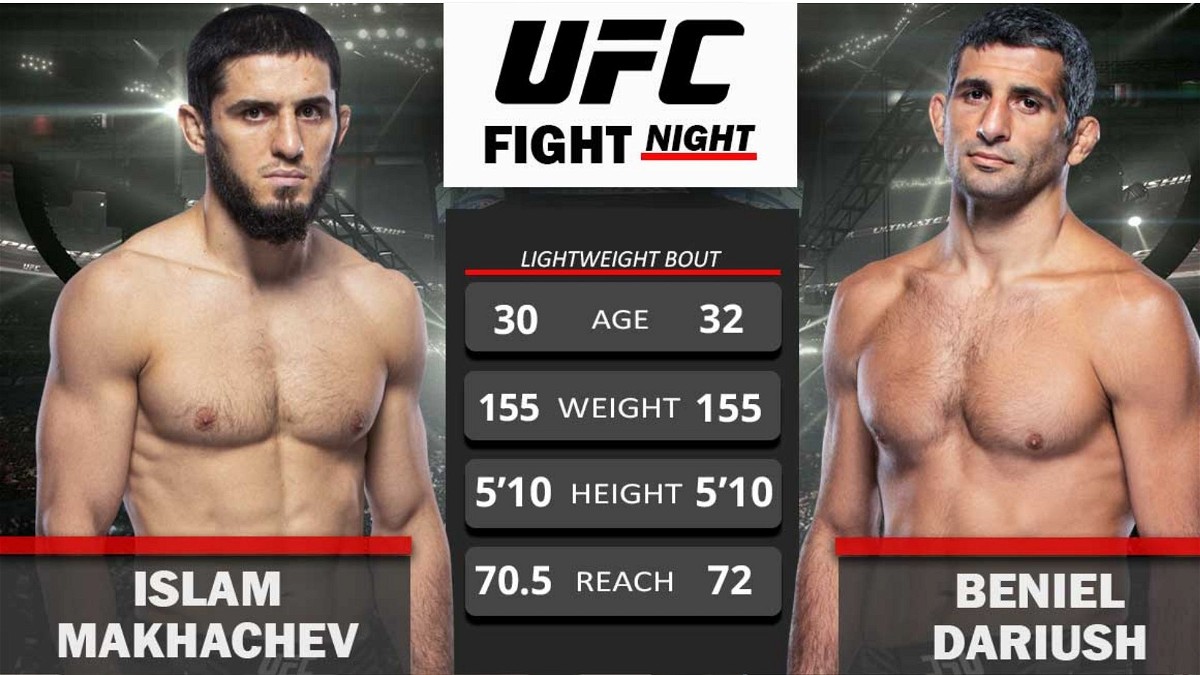 Dariush has beaten elite fighters like Tony Ferguson, Drew Dobber, and many more since 2018. On the contrary, even Islam has also beaten many such fighters to be in a nine-fight winning streak. The battle between the two will certainly be one of the best possible in MMA.

Fight fans should not miss one such opportunity and eagerly wait for the treat Islam and Beniel will give to their eyes. But before that, do let us know what you think about the fight. Who do you think will win the fight?