Paulo Costa will take on the UFC middleweight champion, Israel Adesanya in the main event of UFC 253. This is the fight that Dana White has already declared as the Fight of The Year and rightfully so.

Paulo Costa is a savage inside the octagon. Many fans buy into this notion that he is just a muscular guy with great cardio. But, the truth can not be farther. Paulo Costa is one of the best middleweights at the moment. His striking might look wild and it is wild, but that’s how he fights. He throws cautions to the wind and it often pays off.

He does not have a crazy one-punch knockout power. He breaks his opponent down as the fight progresses and finishes the fight when the opportunity presents. On the other hand, Adesanya is one of the most dynamic strikers in the history of UFC and deserves all the hype behind him. 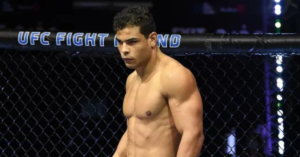 However, his fight against Yoel Romero did not deliver at all, something that Costa did not appreciate. Besides that, Costa also does not like the fact that Adesanya did not accept the fight against Jon Jones when the light heavyweight champion answered his call out.

Paulo Costa believed that Adesanya is scared of opponents who can be a threat to them. In a recent interview with Submission Radio, Paulo Costa explained:

“Yes finally right? As you can see when I gave the opportunity to speak with me directly he shows how not confident he is. he trying to show every time how good I am, he needs to prove to people into himself (that) he is good. If you really believe you are really good you don’t need to show this kind of stuff. But he freezes. And this is what he does when he meets a real contender. Like he froze against Romero. He called out Jon Jones to fight and when Jon Jones accepted his challenge he said I am not prepared yet, I need one-two years to get more weight to get more muscle to fight Jon Jones. So Adesanya, unfortunately, is this kind of guy who freezes when he faces a real contender.” 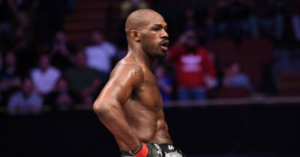