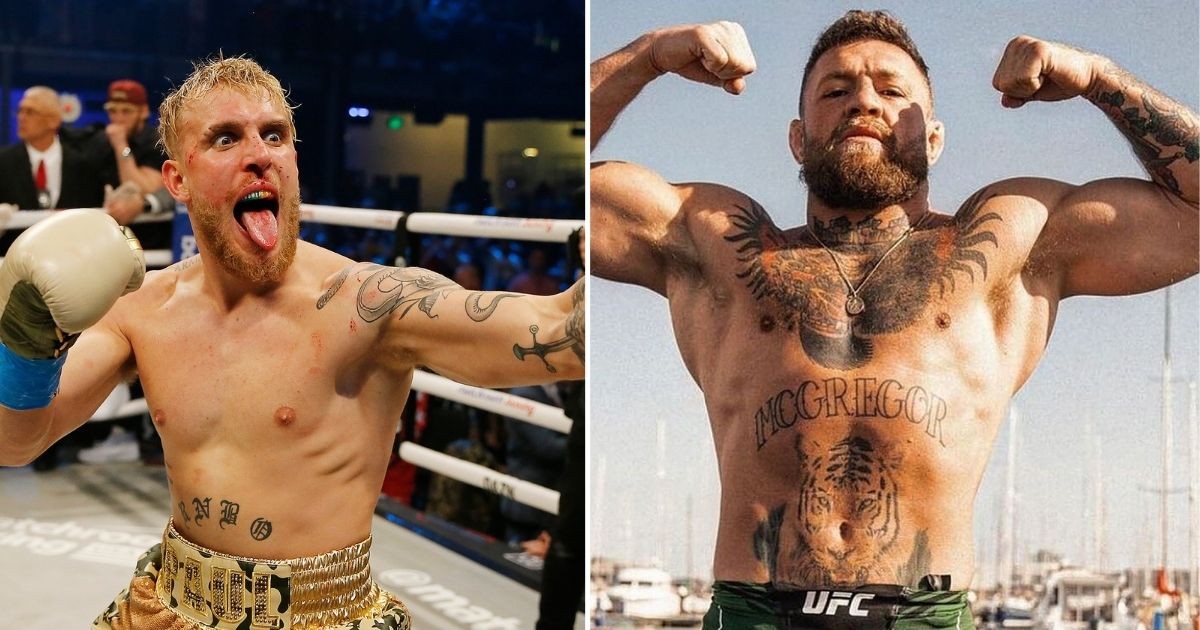 Adam Catterall of BT Sport sat down with Conor McGregor to talk ahead of his return in the UFC after a year. During the interview, Catterall mentioned that YouTubers had been calling McGregor out, a direct reference to Jake Paul calling the Irishman out for a boxing bout. To this, McGregor shrugged him off as “a confused liitle kid”.

Check out what The Notorious has got to say about Jake Paul calling him out:

“We’ll see what happens. He seems like a confused little kid to me to be honest. Now we know he’s willing to get in so I don’t know what will happen. It’s not on the radar at the moment with the young lad. I’ve a teammate [Dylan Moran], him and Dylan have been back and forth, so you never know. Fair play to the Logan guys getting him on the Floyd.. Floyd looks a bit fat to me. But I’m not against it. Any man who is willing to make that walk all the best to them.”

Since turning pro, YouTuber Jake Paul has fought twice and won both of them with his last victory coming off as a 2nd round KO against Nate Robinson. Since then, he has been calling out Conor McGregor for a boxing bout offering him $50 million. He still continues to take shots at the fomer dual champion while The Notorious recently talked about him for the first time in an interview with Spotlight Updates.

The 32-year old has earlier made it pretty obvious that Jake Paul isn’t at his level and seems to be pretty uninterested about fighting against him. While Paul is yet to fight a professional boxer, McGregor has been in the fight game since 2008. Right now, he is all set to face his 155lb rival Dustin Poirier in a rematch at UFC 257. This event will kickstart a new year for UFC’s upcoming blockbuster PPVs.

Also read: You Won’t Believe How Much Conor McGregor Has Earned In 2020