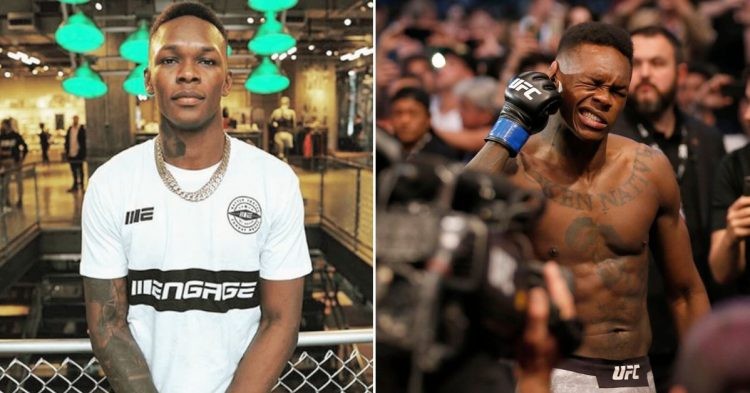 UFC middleweight champion Israel Adesanya is thinking to make his move up to the heavyweight division at one point in his career. Adesanya is set to defend his belt against Alex Pereira at UFC 281.

In a recent interview, Adesanya’s manager, Tim Simpson, said that Israel intends to return to light-heavyweight soon. There is a possibility that he will make his heavyweight debut after clearing the 185-pound category.

The last time he came up short. But I think he would be very comfortable in that division again if that’s what he wants to do. He says he wants to fight everybody of his era in that weight class, which he almost has done,” Tim Simpson added.

If Adesanya successfully defends his belt against Pereira, then he’d have almost fought every top contender in the middleweight division. His manager stated that it is entirely up to Israel and his head coach at City Kickboxing, Eugene Bareman whether he decides to move up to the higher weight classes.

Israel Adesanya Has “Made Peace With What Happened” With Alex Pereira, Tim Simpson Says

Israel Adesanya has never lost a fight in the middleweight division. If he manages to beat Pereira this time in MMA, he will go down as the G.O.A.T. of the middleweight class. However, ‘The last stylebender’ has got plans to transition to higher classes and be successful there like he did in kickboxing.

Adesanya will face his toughest opponent in Alex Pereira at UFC 281. Adesanya and Pereira have fought before back in their kickboxing days. Israel lost the first fight via decision but in the second fight, he lost by a devastating knockout. Shortly after that loss, Adesanya transitioned into MMA.

According to Tim Simpson, Adesanya is at peace with those losses. In the same aforementioned interview, he stated:

“I believe him when he said he made peace with what happened. It’s easy to be frustrated with the way the second one ended. When you watch the first fight, he won the first fight. It was a terrible decision. He won that fight the first time.”

Talking about the second fight, he explained that Adesanya was winning the rounds but got caught by that left hook. Simpson also stated that Adesanya wants to fight al the best fighters in his division before moving up the class. Tim said”

“I think he has business he wants to attend to at 185 first. He says he wants to fight everybody of his era in that weight class, which he almost has done”, Simpson concluded.

Pereira has taken the MMA world by storm. He had a very successful debut and all of his wins in the organization came via knockout. Adesanya will hope to silence his critics who are claiming that he will suffer his first loss in the middleweight division of UFC against Pereira also.