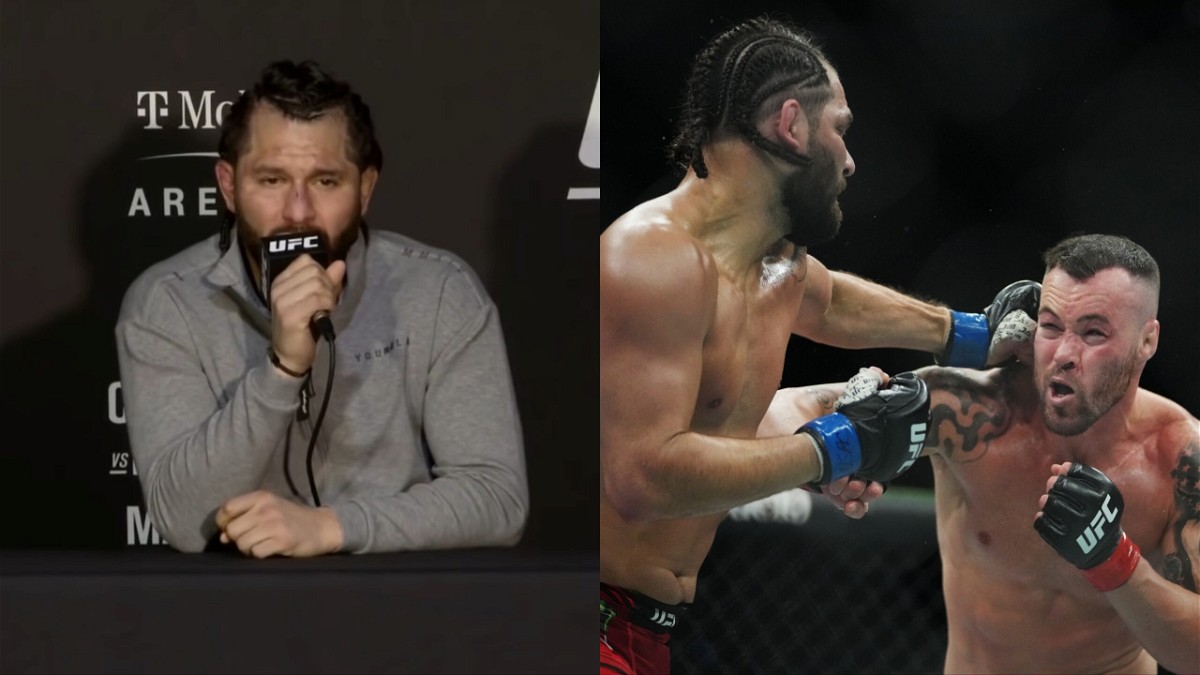 Jorge Masvidal came up short against Colby Covington last night at UFC 272. From first-round onwards, the latter just smothered Jorge with repeated takedown attempts and submission threats from the back.

Masvidal ultimately ended up losing on all three of Judges’ cards. The wrestling from Colby was too much the Street Jesus to handle in the end. But, the end result may not paint an accurate picture of the fight.

Jorge Masvidal had two massive moments in the fights. He clipped Covington once in the second round. However, the biggest opportunity for him arrived in the fourth round when a very well time counter punch landed flush on Colby’s chin.

In the press conference after the fight, Jorge Masvidal spoke on the loss and how he could have taken advantage after rocking Colby Covington. Reminiscing the fourth round, The BMF champ said,

“You know, I was tired. He was tired and hurt. That was my chance right there. There was that window of like 5-6 seconds to give it all I got and make a sprint and make a big change, man. We could have made that round 10-8, 10-7. Who knows! But I didn’t take that opening,”

Jorge Masvidal also spoke on Colby Covington calling out Dustin Poirier afterwards. He also added that rematches against both Kamaru Usman and Colby Covington are some fights that he’ll like to have before retirement. But Masvidal also sounded realistic about it and said he wants to earn the next title shot.

The replays of this hit by Masvidal ????

The 37-year old is a massive superstar in the sport. Hence, a few wins later, Masvidal may find him standing across the cage against the champ once again. He also has the option of potentially defending the BMF belt. RDA called for the fight after his bout in the same card.