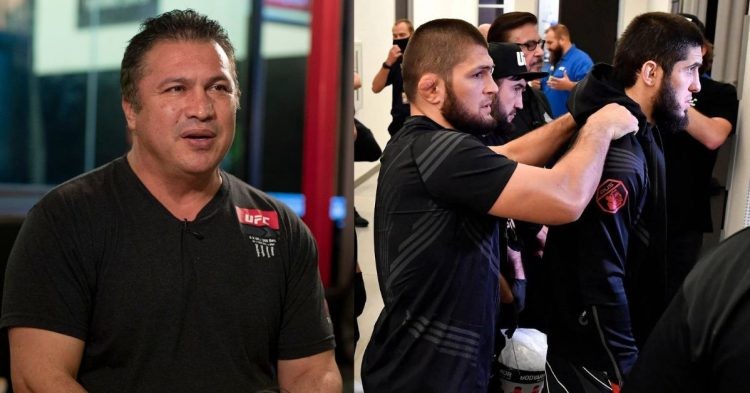 Since announcing retirement after beating Justin Gaethje in 2020, Nurmagomedov has turned into a professional coach and also started a fighting promotion called Eagle FC. However, there have been rumors of Khabib coming back to the UFC, but now it seems he might never compete actively in the sport.

“Khabib is officially retired. He’ll never come back, actually never say never, but the likelihood of him coming back is very hopeless.”

Following the footsteps of his late father, Nurmagomedov has settled as a coach and now helps his cousins and other fighters to train for their fights. Nowadays, Nurmagomedov teaches wrestling at AKA in San Jose, California.

Nurmagomedov will continue to make great fighters like Makhachev and as it is evident, Dagestani wrestling has become a big part of MMA. Many fighters are going to train with Nurmagomedov nowadays to improve their ground game.

Khabib Nurmagomedov has passed the torch to Islam Makhachev

Khabib Nurmagomedov is regarded as one of the greatest fighters of all time in the UFC. With an unblemished record of 29-0, Nurmagomedov was so dominant, that he never lost a round in his professional career.

After beating Gaethje at UFC 254, Nurmagomedov laid down the belt and announced his retirement from the sport. Now after nearly two years after Nurmagomedov’s retirement, his protégé Makhachev has finally fulfilled his destiny and won the lightweight belt after dominantly beating Charles Oliveira at UFC 280.