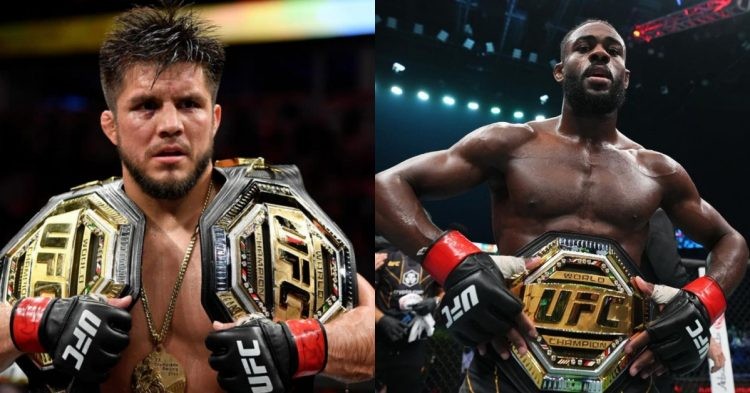 Henry Cejudo is reportedly set to come back to UFC and it is apparently a done deal. Cejudo has been teasing his big return for quite some time and it looks like it is finally happening. Although he does not get his wish to fight Alexander Volkanovski for the UFC featherweight title, he will get a title shot on his return regardless.

Ali Abdelaziz, Cejudo’s manager, recently confirmed the news while speaking to MMA journalist John Morgan. During their conversation, Ali revealed that Henry is ready to put his gloves back on. Fans may wonder who Cejudo will fight on his comeback. The manager claimed that Cejudo will fight the UFC bantamweight champ Aljamain Sterling upon his return to the Octagon.

Cejudo’s last UFC fight was in 2020 when he defended his bantamweight title against Dominick Cruz at UFC 249. He had a great performance against Cruz and beat him via stoppage, But, he shocked the fans during his post-fight interview and revealed his decision to retire from the sport. Fans will finally get to witness Cejudo in action after an absence of almost 3 years!

Can Henry Cejudo dethrone Aljamain Sterling as the UFC champ?

Aljamain Sterling‘s reign as the champ has been a topic of debate for the fans. While some value his skills and call him a legit threat to any fighter in his division, others are not so convinced about the fashion of his wins. His wins over Petr Yan are riddled with a lot of controversies. His last victory against TJ Dillashaw was also muddied because of TJ’s injury.

Hence, many are clamoring to see him go up against someone of Henry Cejudo’s level. Sterling has amazing Brazilian Jiu-Jitsu skills and his submission game is perhaps the best in the division. However, Cejudo is an Olympic gold medalist wrestler. So the 35-year-old will be more than well-equipped to handle Aljo on the ground.

Cejudo is also an amazing striker who has some great kicks. He basically got rid of Dillashaw with a single punch during their flyweight championship fight in 2019. Although Henry is much smaller than Aljo, the former is physically much stronger. However, Triple C has not fought in over 2-years. Has the lack of active competition slowed down the former UFC double champ? Only time will tell.