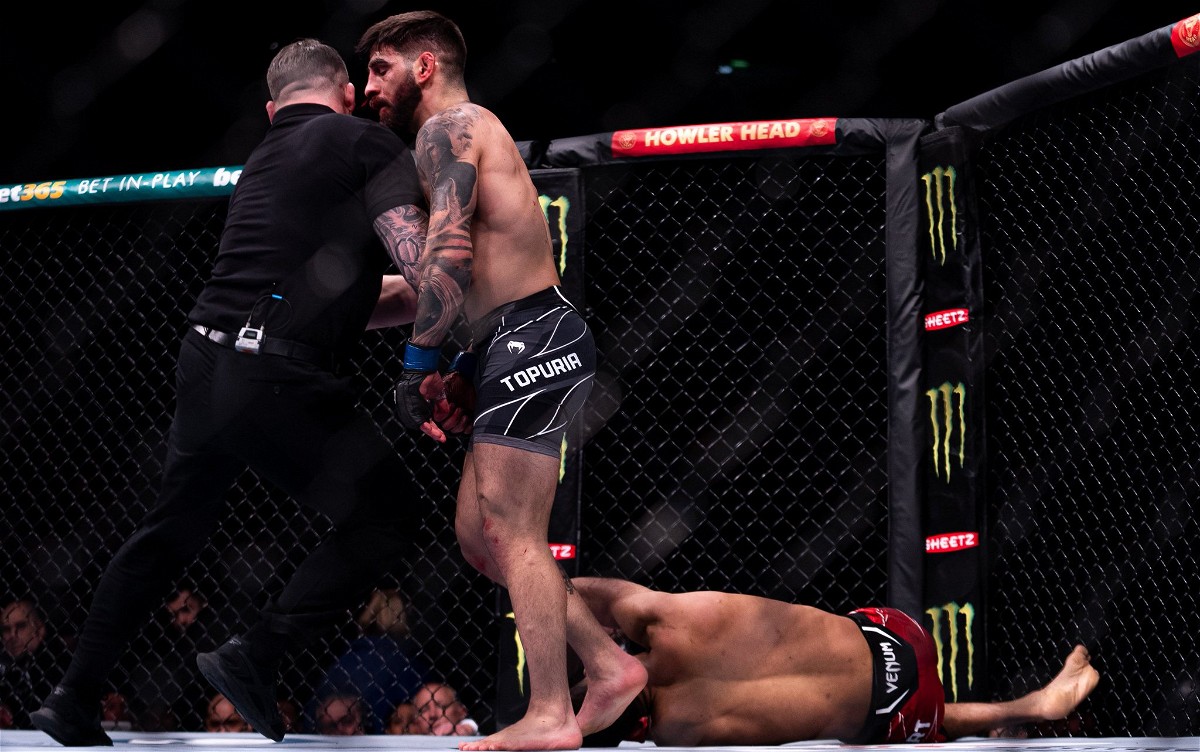 Ilia Topuria does it! He just knocked out Jai Herbert in the most astonishing possible. Coming into this fight, Ilia was undefeated with 11 wins. He extends his win streak to 12 on UFC Fight Night London.

However, it seemed at one point in the fight that his undefeated record was under threat. Herbert was the underdog ahead of the fight. But, he flipped the script in the opening round. Jai landed a picture-perfect head kick that sent the Georgian fighter to the ground.

But Ilia managed to survive the moment after a moment of hesitation from the English fighter. Topuria immediately grabbed a hold of Herbert’s legs and ultimately managed to take him down. However, Jai got back up on his feet and seemed set for a stoppage victory.

But that did not come to pass as Ilia Topuria started the second round with killer intentions. He backed Jai into a corner and ultimately landed the punch that made Herbert faceplant on the UFC canvas.

Ilia now has his sight set on the Liverpool native Paddy Pimblett. He and Pimblett ran into each other in the build-up to this event and things became heated. They almost started an all-out brawl. However, they were quickly broken up. It was expected that Ilia will call out the Scouser if he wins today. And he did just that. In the post-fight interview, Ilia Topuria said,

“He is a b*tch. Paddy Pimblett, win or lose, I wanna fight you next and kick your a** like I did the last time. F*ck you!”

Talking about his game plan for the fight, Topuria just simply added that he wanted to take his opponent’s head off. He will certainly try to replicate the same if he gets the chance to fight Paddy Pimblett next.