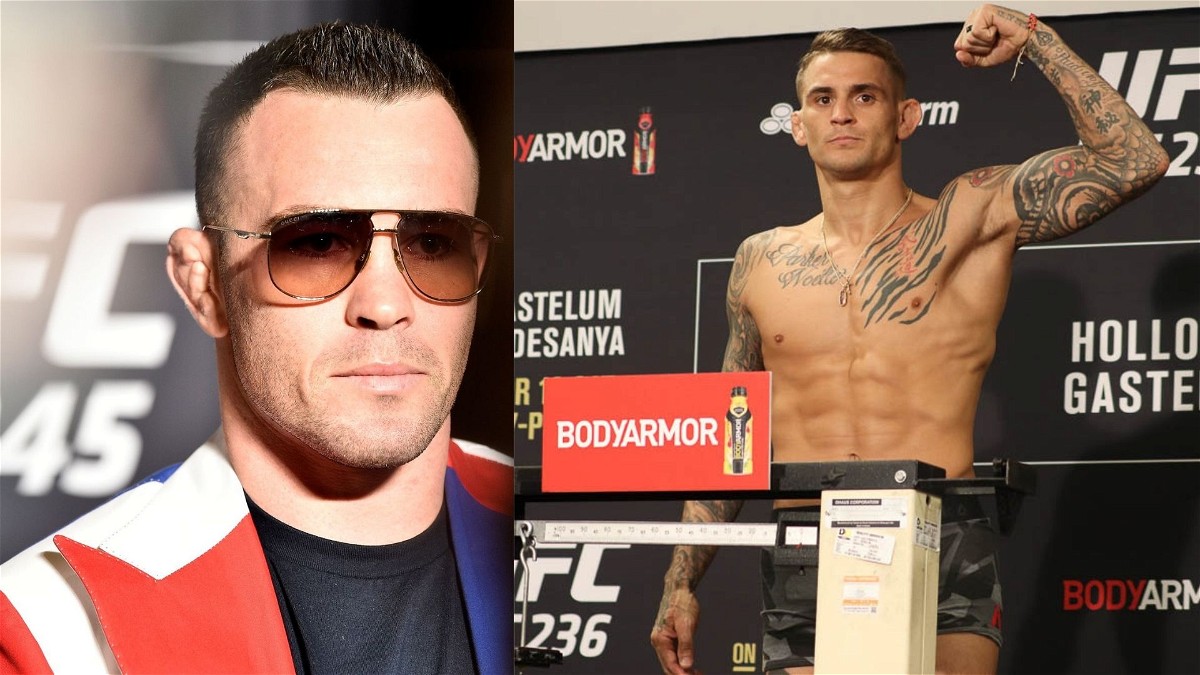 Dustin Poirier has achieved some incredible things since he has moved up to the lightweight division. He won the interim lightweight champion by beating Max Holloway. He has wins over some of the best lightweights in the division such as Conor McGregor, Dan Hooker, Eddie Alvarez, and Justin Gaethje.

While fans consider Dustin Poirier the uncrowned champion of the UFC lightweight division Colby Covington has a different say on the matter.

Colby Covington believes Dustin Poirier is a weight bully and he has huge advantages against the rest of the lightweights. In a recent interview with Submission Radio, while talking about the weight class for a potential fight with Dustin Poirier, Colby Covington stated:

“We can meet in the middle. I am not a big welterweight. To be honest, Dustin weighs damn near 200 lbs. He is a guy. He just cuts all of that weight because he is scared to fight real men. The thing is Dustin is not a real man. He does not fight at his real weight class. He is cutting all this weight because he is a bully. The guy weighs damn near 200 lbs. I weigh 185. I can make 160-163lbs. We can meet in the middle of 155-170. So I am not a bully, I fight at my natural weight. I don’t need to cut all this weight to get to lightweight to have a big advantage over other guys. He knows he can’t beat guys at 170.”

Can Dustin Poirier compete against the UFC welterweights?

After Khabib Nurmagomedov, Dustin Poirier is certainly one of the biggest lightweights in UFC. On the fight night, he did have a significant weight advantage over Conor McGregor. However, he will also not fit into the welterweight division very well.

When compared to fighters such as Kamaru Usman, Jorge Masvidal, and Vicente Luque, Dustin Poirier is relatively much smaller. So a welterweight move for Dustin Poirier does not seem like a viable option at the moment.

However, Poirier has shown interest in fighting his opponents at welterweight where he will have to cut very little weight. He wanted to fight Conor McGregor at welterweight as well. So we may see Diamond testing his skillsets in the welterweight division in the future.

But for now, it’s safe to assume that Poirier will focus on winning the lightweight title and defending it against some of the toughest lightweight contenders.