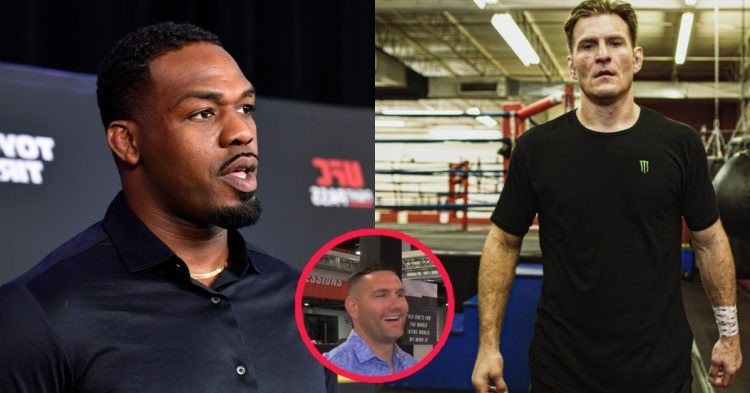 Former UFC Middleweight Champion Chris Weidman picks Stipe Miocic as the winner in a potential fight between him and Jon Jones. UFC President Dana White previously stated that Jon will either face the current champ Francis Ngannou on his heavyweight debut or take on the former champ Stipe Miocic.

Jon Jones has had a lot of disputes with the company in the last two years. After letting go of his light heavyweight title in 2020, Jones has held out in hopes of a big payday and a shot at the heavyweight champion.

However, It seems now as if Jon is finally ready to come back to the UFC and resume his fighting career. Although he wants Ngannou, that may not be possible right now.

Ngannou is still in recovery after his knee surgery earlier this year. Recently he stated that he may come back at the end of the year. But nothing is a guarantee as there is no clear timeline for the end of his recovery.

In that case, the only other option for Jon Jones’ heavyweight debut is Stipe Miocic. The former champ has not been in action since losing the belt to Ngannou at UFC 260.

Following his win against Daniel Cormier at UFC 252, Stipe Miocic was dubbed the best heavyweight MMA fighter of all time. In total, he has 4 title defences under his belt and holds wins over DC, Junior Dos Santos, Francis Ngannou, Alistair Overeem and Fabricio Werdum. Hence, there can be no question about his legitimacy ahead of a fight against Jon Jones.

The fans have heard a lot about Jon putting on a lot of muscle ahead of his heavyweight debut. On the other hand, Miocic has always been known to be the smaller guy in the division filled with giants.

But not anymore! According to Chris Weidman, Stipe currently weighs about 250lbs. He also stated that Jones should not be seeking a fight against Miocic. During an interview with The Schmo,  Weidman said,

“Bro, he got big and he has been doing it quietly. He’s like a solid 250 right now. Solid 250 and whenever he decides to come back, he is a problem. I don’t think Jon Jones wants that fight.

“Like if he thinks he’s gonna be going against a 225lbs Stipe, he’s wrong. He got a big, strong boy that won’t stop coming forward and believes in himself and very well-rounded… He’s a different beast right now.”

Do you think Chris Weidman is right about Jon Jones not wanting to fight Stipe Miocic? If so, who do you want to see Jon fighting upon his return in case the champ is not available? Let us know your picks in the comments down below.