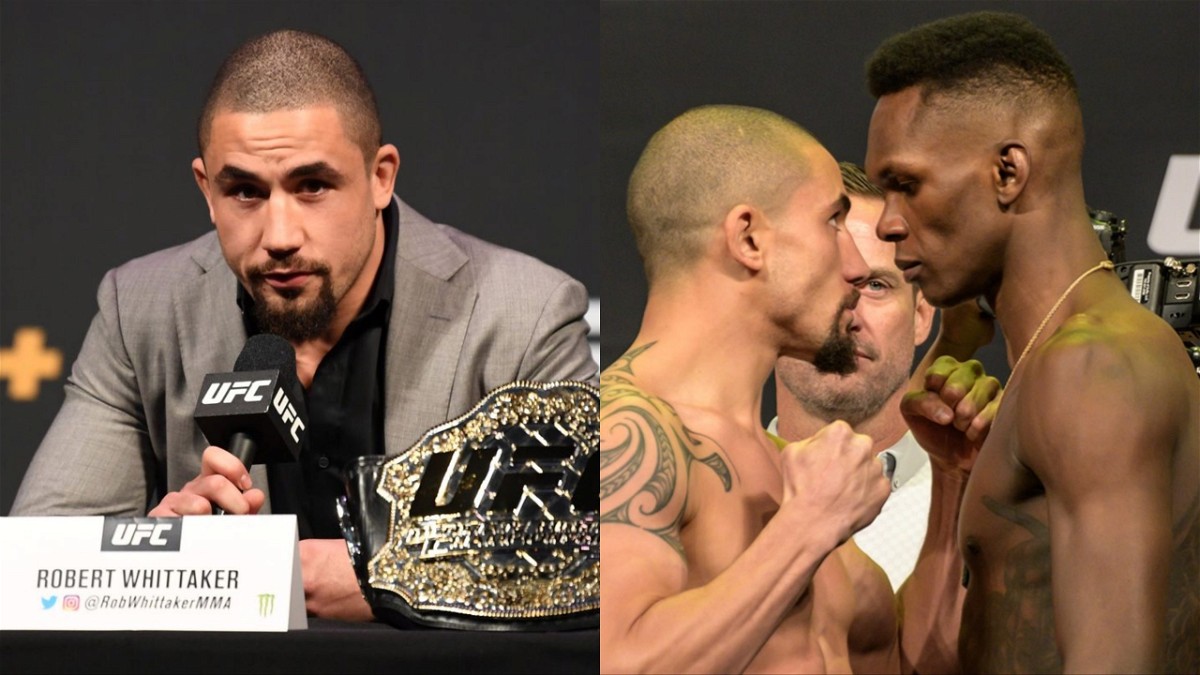 One of the biggest rematches in the history of the UFC is coming up in 10 days’ time. Robert Whittaker will once again stand across Israel Adesanya in the octagon at UFC 271. Ahead of the much-anticipated rematch, fans have laid out the plan to success for Whittaker. However, the former champ is not very happy with it.

‘Bobby Knuckles‘ seemed very irritated with the notion that ‘a simple takedown will secure the victory.’ Although the suggestion may sound very straightforward, it is not as easy to execute that during a fight. During an interview with ‘Submission Radio,’ Whittaker made sure to remind everyone of that.

“I don’t think anyone who doesn’t fight at the highest level has any real grasp on what it feels like to be in the fight…. I mean anyone who hasn’t been who hasn’t fought at the highest level, they can’t fully grasp how hard it is to do certain things in a fight or what’s going through your mind during a fight or how high the stakes are and how high how heavy the pressure is,” said the Aussie fighter.

Israel Adesanya has had 10 fights in the middleweight division. Out of those 10 bouts, he was only taken down to the canvas only 3 times. It just goes to show the level of Adesanya’s takedown defense. Robert Whittaker spoke on that and explained why taking Izzy down is not an easy feat.

“People are saying you just gotta get him on his back. then why hasn’t anybody done it? if it’s that simple why has nobody in the history of Adesanya’s his career just taken him down and held him down for five rounds? Why? because he ******* hard to take down,” explained Whittaker.

The 31-year old was visibly angry with the fans continuously suggesting him ‘gameplans’. He went on a ‘rant’ and said, “I wanna get a piece of paper write down a game plan and say ‘punch him in the chin.’ Oh yeah, that’s a simple game plan that is surefire to win. it’s a little harder to pull off you know when you have all the factors of a title fight going through there.”

“Because remember you give you the someone and then all they have to do it he’s execute that game plan on a dummy that isn’t moving that that isn’t trying to actively counteract whatever the hell it is you’re doing it so yeah sorry went on a bit of a rant there,” concluded Whittaker.

UFC 271 will take place on February 12, at Toyota Center in Houston, Texas. Other than the newsworthy main event, it will have hometown hero Derrick Lewis taking on Tai Tuivasa.