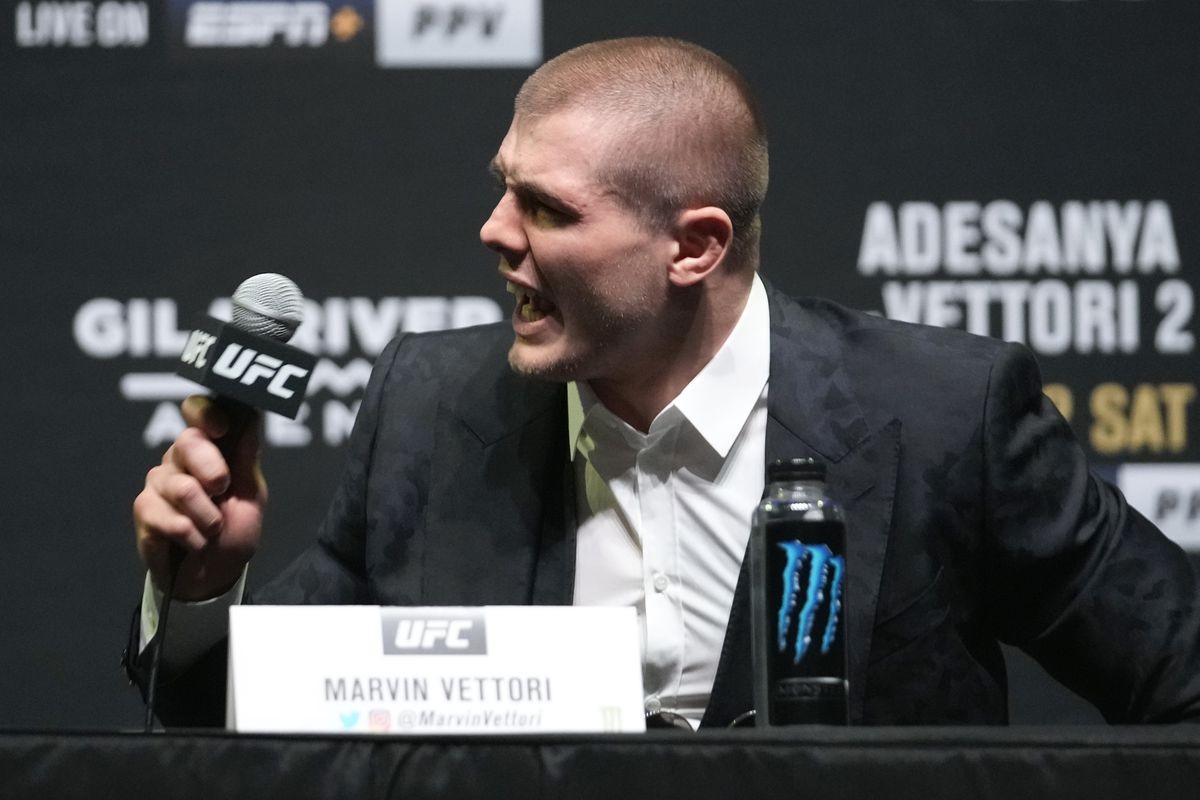 This weekend at UFC Vegas 41, Marvin Vettori returns to the octagon when he takes on Paulo Costa in a five-round main event in the Middleweight division. But before facing the Brazilian fighter, Marvin Vettori plans on having a face-to-face chat with the former fighter turned commentator Paul Felder over his biased UFC commentary.

At the recently concluded UFC 266 pay-per-view, Paul Felder was on the commentary desk alongside the former double champ Daniel Cormier and Jon Anik to call the fights for the event. ‘The Irish Dragon’ was roped in as a replacement for the color commentator Joe Rogan who was not available for the event due to his annual hunting trip.

Marvin Vettori took to social media to put Paul Felder on blast following his biased commentary in the Dan Hooker vs. Nasrat Haqparast fight at UFC 266. According to the Italian, Felder was not being fair to Haqparast during his commentary for the fight, and he took to Twitter to criticize Felder’s commentary.

Had to mute the comment on the fights , can’t stand Felder lol worst to ever do it #UFC266

Paul Felder then took a moment out of his commentary duties to respond to the Italian UFC middleweight contender on the social media platform. Felder hilariously wrote, ““Am I using too many big words? I’m sorry Marvin.”

Marvin Vettori calls out Paul Felder as a ‘puppet’

Marvin Vettori lashed out over the way Paul Felder was calling the fight between Dan Hooker and Nasrat Haqparast, while calling him “the worst to ever do it” which led to a heated exchange between them on social media.

Vettori spoke to MMA Fighting ahead of his fight against Paulo Costa. While speaking on the issue regarding a beef between him and Felder, Vettori called Felder a ‘puppet’ and mentioned that he would talk face to face with Felder when he gets the chance. “Sometimes I feel like commentators, they just try to bias the public and whoever watches the fight because they have that power sometimes and it’s wrong,” Vettori told MMA Fighting.

“We put our heart and soul out there and even him being a fighter and even him talking to the fighters before they fight, he should know better. Sometimes, I don’t know what goes on but I just feel like him in particular, he’s a puppet. I’ll see him and I’ll talk to him. I like to talk face-to-face.”

Marvin Vettori and Paul Felder will cross each other’s paths at the UFC Vegas 41 fighter meetings this week in Las Vegas, just a few days before “The Italian Dream” takes center stage for his five-round headliner opposite fellow middleweight contender Paulo Costa.