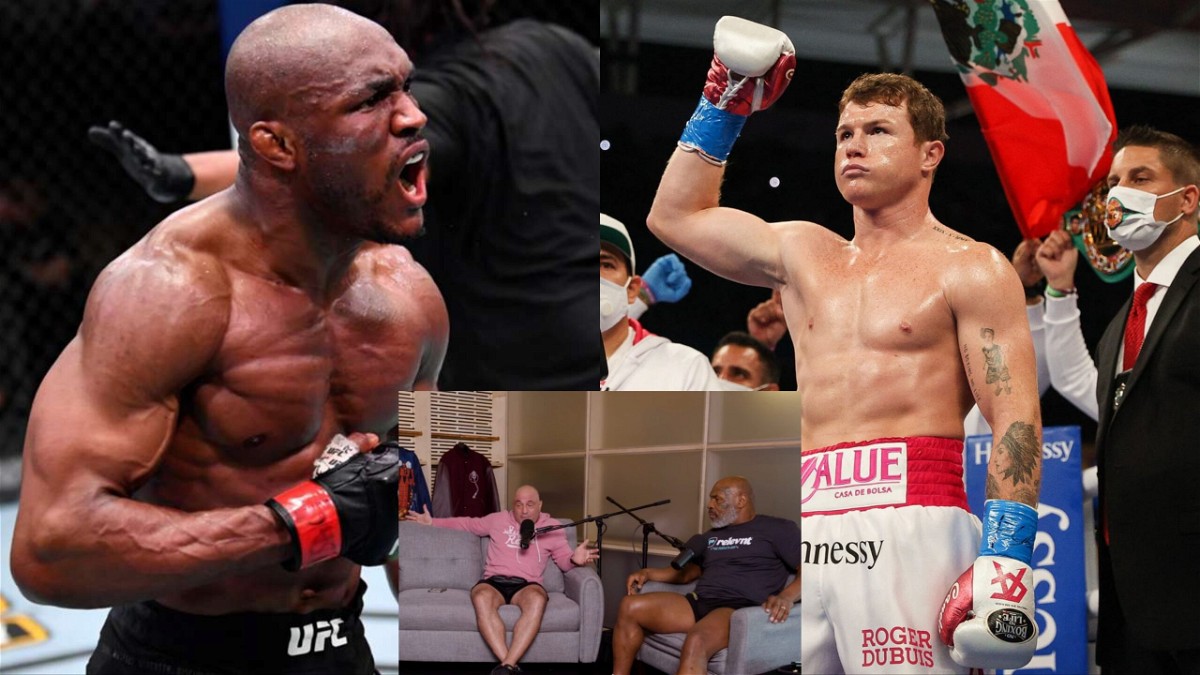 Joe Rogan wants to see Kamaru Usman vs Canelo Alvarez next instead of fighting Leon Edwards. During his appearance on ‘Hotboxin with Mike Tyson’, Rogan revealed that fighting Canelo makes sense. But from a competitive standpoint.

Kamaru Usman is currently the no. 1 pound for pound fighter in the world. He is currently in talks to fight Leon Edwards later in the year. However, it is not a fresh match-up as they fought earlier back in 2015. But this is not the rematch that he will have in recent times.

In his last 5 fights, ‘The Nigerian Nightmare’ has fought Jorge Masvidal and Colby Covington twice. Hence, fans want to see something new from the welterweight champion. Usman himself floated the idea of going up against Canelo previously in order to find a challenge.

99.9% Of the world will never understand.

This unwavering, decision to stand tall in the presence of fear, in the face of doubt and non-believers to simply say “I WILL NOT BE BROKEN”

From the looks of it, UFC colour commentator Joe Rogan is also supportive of the idea. Although he does not seem confident about Usman’s chances of winning against the biggest superstar in the sport of Boxing, Rogan also acknowledges that the bout would be extremely beneficial financially for the 170lbs champion.

Joe Rogan: ‘I want to see Kamaru Usman get a big payday’

The topic of Kamaru Usman’s next opponent came up when Mike Tyson asked Joe Rogan about who should Usman go up against next. In response to the question, the 54-year old comedian said,

“He should fight anybody. I would like to see him fight Canelo. I really would. Not because I think he’s a favourite in boxing match against one of the greatest boxers of all time. But I wanna see him get a giant payday. The same way I would like to see (Francis) Ngannou fight Tyson Fury. That’s a way you can make a sh*t load of money.”

Rogan went on to say that the fight against Canelo does not compromise his legacy in MMA. Plus the experience of being in the ring with the best in the business would also improve his striking which already has come a long way. But both Mike Tyson and Rogan agreed that “He’s gonna feel some pain.”

Tyson explained that being tough is not enough to win in Boxing. He added that Boxing is a “thinking Man’s sport.” Because tough men end up getting hurt badly.

Although he may not win, the financial aspect and the experience of being part of such a big event will be beneficial in the long run.

Watch: Mike Tyson Brutally Punches Airplane Passenger in the Face After Being Annoyed by Him