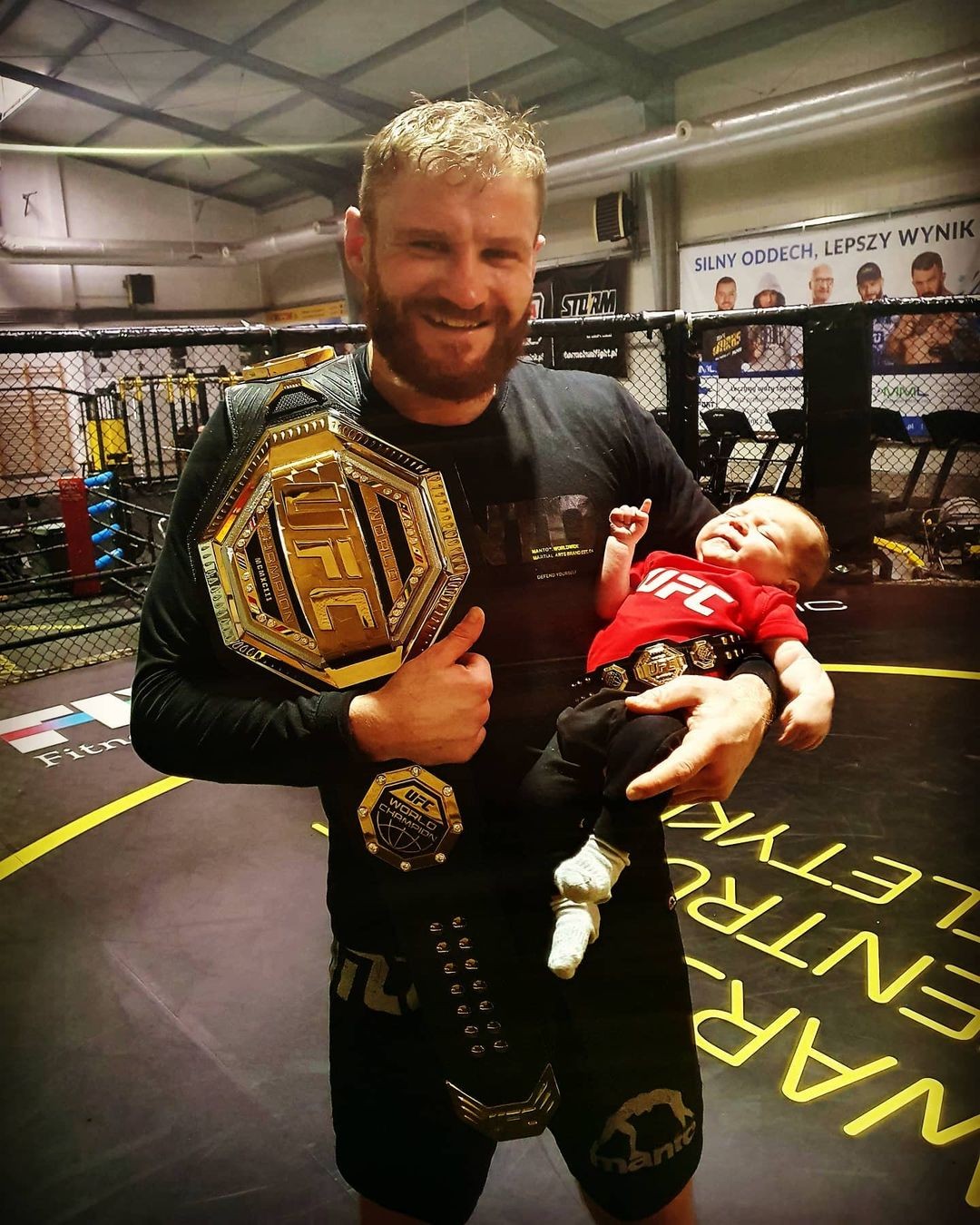 There is less than a week before the much anticipated UFC 267 takes place in Abu Dhabi. As a result, fight fans are highly excited because this event is stacked with superstars like Jan Blachowicz, Petr Yan and many others. Consequently, as we inch closer to this big event, the promotion has posted a UFC 267 countdown episode on YouTube.

In this video fighters present in the main card depict their experiences for their upcoming clash and speak about many more topics. Speaking about this event, UFC 267’s return to Abu Dhabi will feature two title fights. One of the title fights will involve light heavyweight champion Jan Blachowicz defending his title against Glover Teixeira.

Ahead of this big clash, the Polish fighter speaks about the importance of his newborn child in one of the segments of this video. He reveals that the birth of his child is another reason why he is fighting in the UFC. “I’m happy that I’m a father. My life has changed completely. Now I’m not doing it just for me, I’m doing it also for him. To make his life much easier.”

Blachowicz also revealed that his child is his biggest motivation which helps him go the extra mile while training. When I step into the cage I’m focused about my opponent, about my job, about what I have to do. But when I go to the gym, when I train, I’m thinking about his life and future, so he pushes me. If I’m tired I say “Ok, no. I cannot rest right now.” “Let’s do one more round.” He’s my biggest motivation right now.

Jan Blachowicz has proved his legacy in the UFC by dominating his opponents and winning nine out of his last ten fights. Accordingly, after defending his light heavyweight title against Israel Adesanya at UFC 259, the Polish fighter is about to face a tough task in the form of Glover Teixeira.

Both fighters are evenly matched up in this contest with Jan and Glover equally good at striking and grappling. This makes it very difficult to choose a clear favourite in this main event. Thus one can expect that this fight would likely go to the distance with both fighters dealing significant damage to each other.

In the end, regardless of the result, fight fans will definitely be in for a treat during this matchup at UFC 267. So comment below your predictions for this main event title fight.