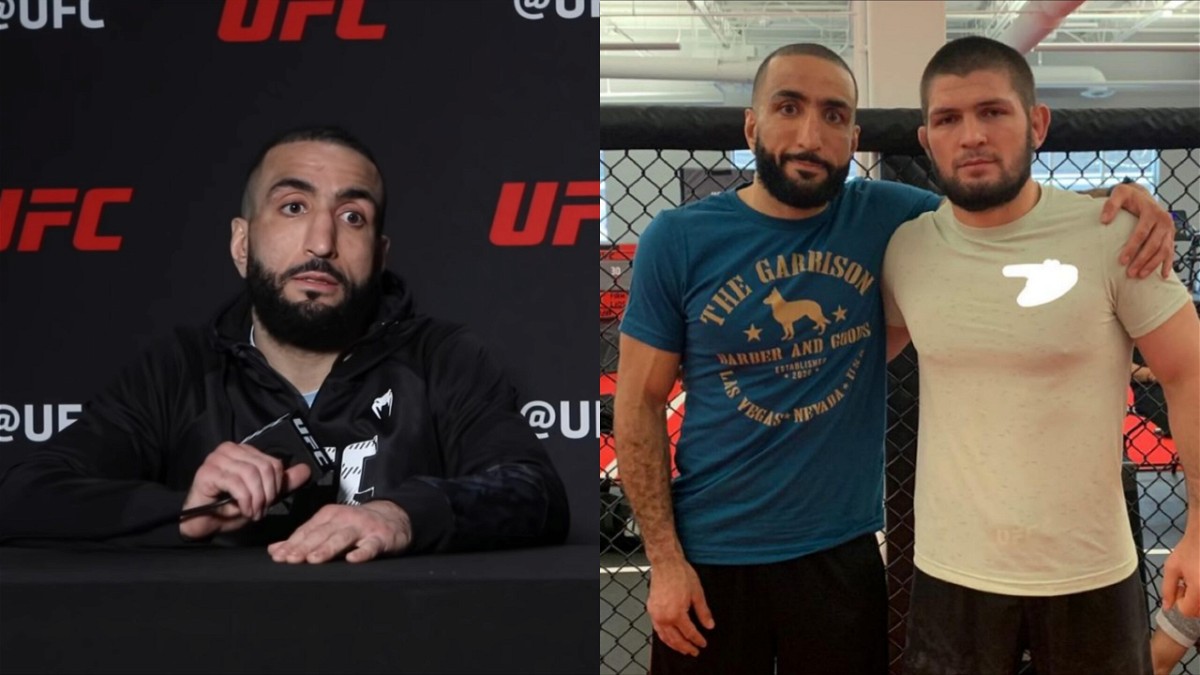 Belal Muhammad is just moments away from fighting the no. 5 ranked welterweight in the UFC, Vicente Luque. The fans can expect Muhammad to have his wrestling shoes on as Belal revealed in a recent interview that he trained with Khabib Nurmagomedov for this training camp.

During their first encounter almost a decade ago, Luque managed to get the better of Muhammad as he knocked out The Bully at UFC 205 in 2016. Hence, Belal will try his best to take Vicente down and dominate him with wrestling. Who is a better coach than Khabib Nurmagomedov for a style like that?

The Eagle is considered one of the best grapplers of this generation. His submission victories over the likes of Conor McGregor, Dustin Poirier and Justin Gaethje have cemented his legacy as perhaps the greatest Mixed Martial Artist of all time.

Belal Muhammad: ‘Khabib Nurmagomedov is the Michael Jordan of MMA’

Khabib Nurmagomedov is not just an exceptional fighter who has remained unbeaten throughout his career, he is also revered because of how he conducts himself outside the Octagon. ‘The Eagle’ has always represented his community with utmost humility. In a recent interview, Belal Muhammad spoke on that and said,

“I think it was amazing (to spend time with Khabib). I started this camp over there, I was there for 10 days down there with him and his team. And you know, he is such an icon, such a huge mentor for any Muslim fighter. Or if you’re a fighter or a Muslim in general, just to see the way he holds himself, the way the world sees him as such a humble guy and he is truly that even in person.”

The 33-year old compared Nurmagomedov to Michael Jordan. Belal also revealed how grateful he was to have the opportunity to train with a fighter of Khabib’s stature. He went on to add,

Fans can watch the event live on ESPN+. The winner of this fight will have a great chance of fighting one of the top-ranked guys in the division. With Khamzat Chimaev and Colby Covington reportedly being matched up and Gilbert Burns coming off a loss, the winner of this contest may also have an outside chance of fighting for the title next if Leon Edwards can not make it to the cage against Kamaru Usman.