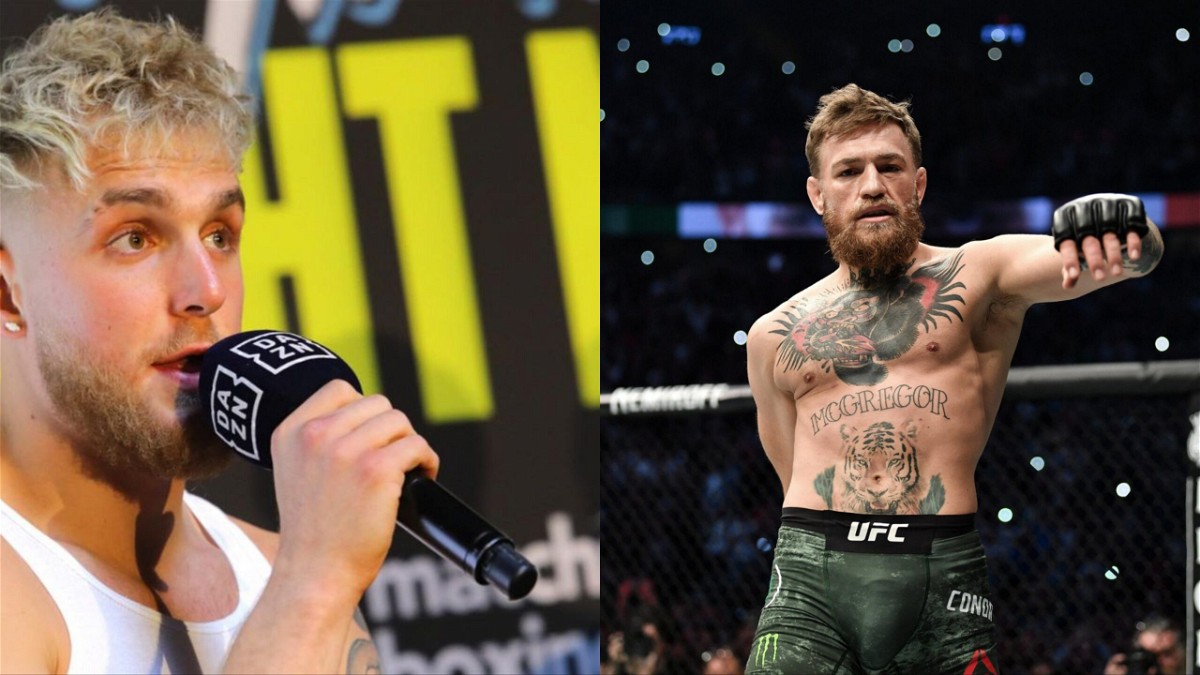 Jake Paul has chased after the biggest MMA stars inside the UFC. Ever since making his professional boxing debut, he has been very careful about choosing his opponents. Paul has knocked out both Ben Askren and Tyron Woodley inside the ring. However, neither is known for their striking prowess.

UFC president slammed Jake Paul in the past for wanting to fight MMA fighters instead of fighting an actual boxer. But in a recent interview, Jake Paul has stated that he wants to fight Conor McGregor, but not in boxing. He wants McGregor inside the UFC Octagon.

Jake Paul: ‘I will knockout Conor McGregor inside one round’

In a recent interview, Jake Paul has stated that he will knock Conor McGregor out in the first round of an MMA fight. According to the ‘Problem Child‘, the former UFC double champ is on the decline. Jake is even ready to forfeit his fight purse if he can not beat Irishman.

“Conor [McGregor] is on a downhill spiral. His limbs are all broken, so, standup game, I’m knocking him out- first round. If I lose then they can take all of the money and whatever, so be it. But I know I can beat Conor.”

Dana White recently provided an update regarding the return of Conor McGregor. He said that the promotion is currently looking for a fight for the ‘The Notorious’ one late in the year. However, everything is still dependent on McGregor’s recovery rate.

Conor recently expressed the wish to make history by becoming the first three-division UFC champion. Hence, he wants to fight Kamaru Usman for the Welterweight championship. However, it remains to be seen which direction the company takes with Conor’s return fight. White did not rule out the possibility of the 33-year old fighting for the lightweight belt either.

Regardless of who he fights next, a Conor McGregor fight always garners the most amount of attention out of any of the other events. Hence, Paul’s obsession with the Dublin native is understandable. However, a fight between him and Conor does not seem probable in the near future.