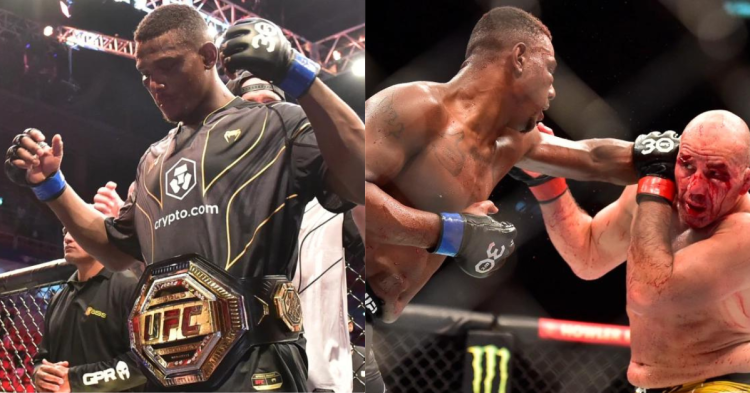 Check out Jamahal Hill earnings at UFC 283 and his future opponents. (Credits: YouTube)

UFC light heavyweight Jamahal Hill defied all odds to beat Glover Teixeira, and become the new light heavyweight champion. In the main event of UFC 283, Hill and Teixeira went at it for five long rounds, dishing out heavy punishment to each other. In the end, Hill was declared the winner via a unanimous decision.

Following his victory, the 31-year-old was in tears realizing the magnitude of his accomplishment. Having made his UFC debut in 2020, Hill (6-1-1, UFC) needed only 8 fights to claim the light heavyweight title. Moreover, he has also displayed a certain tenacity and willingness to give his all in each fight.

As such, Jamahal has finally made his way to the top of the list. According to Total Sportal, Hill raked in a career-high $392,000 for his victory against former champ Glover Teixeira. Thus, this takes Hill’s total UFC career earnings close to the $1 million mark (approx.). With “Sweet Dreams” now the undisputed champion, he is expected to make a similar amount or more for his first title defense.

Notably, with his victory at UFC 283, Jamahal becomes the first ever Dana White’s Contender Series graduate to win a UFC title. Previously, Hill earned a UFC contract by impressing President Dana White in the DWCS where he knocked out his opponent Alexander Poppeck in Season 3 (2019).

Further, Hill has since gone on to beat the likes of Ovince Saint Preux, Johnny Walker, Thiago Santos, and now Glover Teixeira. Thus, he serves as an inspiration for up-and-coming fighters all across the globe. Immediately after his victory, Hill also delivered a powerful message to all the doubters, having proven them wrong.

Who will Jamahal Hill face in his first title defense?

With Jamahal Hill now becoming the light heavyweight champion, he is likely to have a whole host of names ready to have a go at him. According to some fans, Glover’s teammate and UFC middleweight champ, Alex Pereira seemed like he wanted revenge for his mentor immediately after the fight. As such, many have already begun discussing how a fight between the two would play out.

Part of Glover’s corner, ‘Poatan’ was inside the Octagon watching Hill wrap the title around his waist. As such, fans couldn’t help but notice that Pereira was looking at Hill from head to toe. Although emotionless for the most part, many could sense a feeling of anger in Pereira’s menacing eyes. Without a doubt. Alex would jump at the chance of taking on Hill for the title.

Although in theory, it seems like a good storyline, we mustn’t forget that Hill will have to deal with light heavyweight contenders first. Most importantly, the first and most obvious candidate has to be the former champ Jiri Prochazka, who vacated the title due to injury. Following his recovery, he is likely to come calling for a shot against the new champ and will be feeling good about his chances.

If for any reason, Jiri’s return is delayed, we still have Jan Blachowicz and Magomed Ankalaev waiting for another shot at the title as well. Currently, there is no substantial update on Hill’s next fight, but he will likely make his first defense before the end of the year.

Who do you think Jamahal Hill faces in his first defense? Do you want to see Alex Pereira take on Hill? How do you think a potential fight would play out? Leave your thoughts in the comments below.