Francis Ngannou takes on the UFC heavyweight champion, Stipe Miocic in a much-anticipated rematch. This fight takes place in the main event of UFC 260.

The first fight did not go in Ngannou’s favor as Miocic won the fight pretty comfortably. However, Ngannou has been on a reign of terror in the heavyweight division ever since the loss. From his training videos, it seems that he has improved a lot when it comes to his striking and gas tank. However, it’s hard to tell since he always manages to finishes the fight in minutes.

Besides Ngannou’s cardio, his wrestling is still a concern going into the rematch with Stipe Miocic. The heavyweight champion manhandled Ngannou on the ground in the first encounter. However, it seems Ngannou is trying to make significant changes in his training camp ahead of UFC 260 to deal with Miocic’s wrestling.

The addition of Kamaru Usman is definitely going to help Ngannou with the training. The presence of a dominant UFC champion such as Kamaru Usman will surely make an impact on Ngannou. However, it’s hard to imagine that Ngannou will close the gaps in his wrestling skills in such a short amount of time. 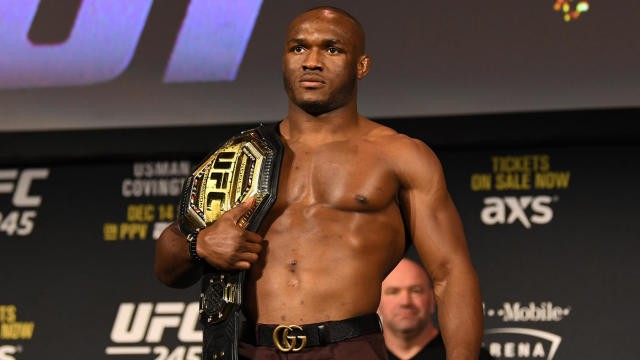 Stipe Miocic will still be able to take down Miocic in the rematch and can dominate him on the ground. But, this time Ngannou’s cardio is expected to be much better and if he paces himself in a better manner then he might get a finish eventually if not early in the fight.