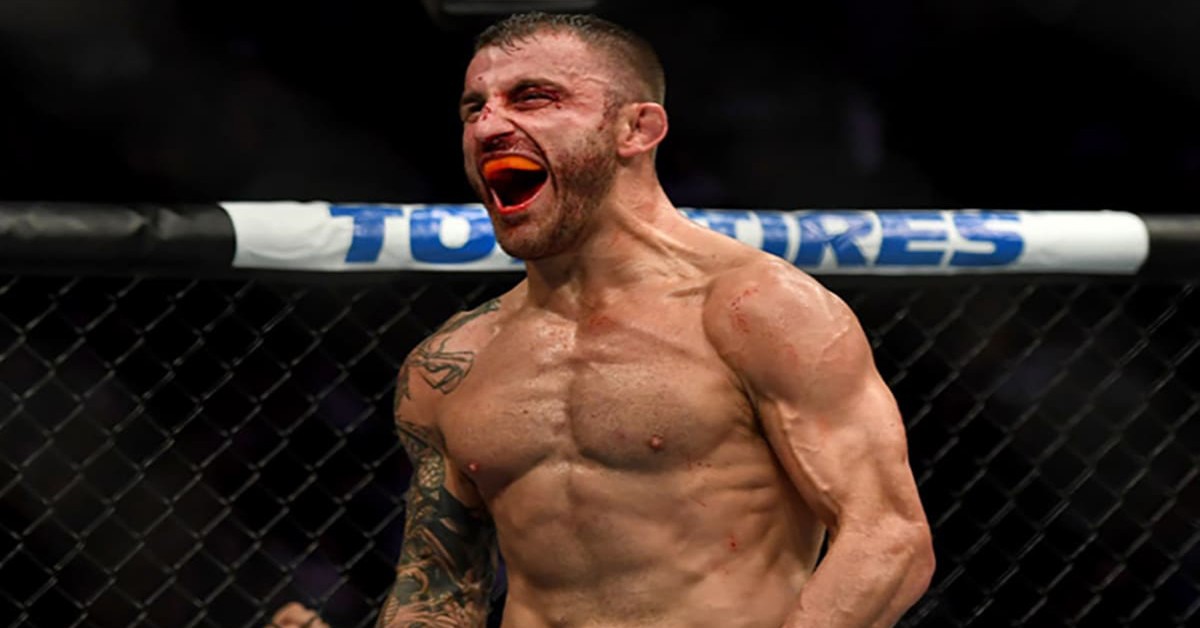 It’s hard to discuss the greatest fighter in UFC at the moment and not include the name of Khabib Nurmagomedov. The lightweight champion has created an unprecedented legacy thanks to his iconic unbeaten streak.

Though there have been many worthy contenders in the career of Khabib Nurmagomedov none of them were able to find the cheek in the Khabib’s armor. They thought Conor McGregor would exploit the striking of Nurmagomedov. They said Dustin Poirier will break Khabib Nurmagomedov. However, the lightweight champion has been able to dominate anybody and everybody that has stepped into the octagon with him.

Though he has a real threat ahead of him as Justin Gaethje, a new intriguing contender has emerged from the featherweight division. The featherweight champion, Alexander Volkanovski, who not so long ago dethroned arguably the greatest featherweight of all time, has called out Khabib Nurmagomedov for an ultimate showdown.

In a recent interview with the ScoreMMA, Alexander Volkanovski addressed the possibility of him moving up to lightweight division to fight the unbeaten champion. Volkanovski stated:

“Khabib is one of the GOATs as well. Nothing but respect for the dude. But I’m very, very hard to hold down. I’ve obviously got the brains. I’ve got the cardio. I’m a freak when it comes to holding on the ground; it’s just almost impossible holding me on the ground.” Though Alexander Volkanovski has proved his mettle in the striking department he has never been tested on the ground by someone as good as Khabib Nurmagomedov. However, Volkanovski has proved everyone wrong by beating the long-reigning featherweight king Max Holloway. So counting him out completely won’t be a wise decision.

“Nothing but respect to all the fighters that are in the UFC, but every single one of us wants to prove something. And you know, eventually, I want to prove myself in that lightweight division too.”

If this fight ever happens in the future then it’s likely to favor the lightweight champion. Khabib’s grappling is on another level compared to Volkanovski’s and the weight advantage will certainly play a huge role. In the striking department, the featherweight champion can have an edge when it comes to skills. But Khabib will make a bigger impact due to the power advantage.

Though this fight sounds intriguing Alexander Volkanovski is scheduled to fight Max Holloway at UFC 251. And no way it’s going to be an easy fight for Volkanovski. It can be guaranteed that the Hawaiian is coming to regain his title back.