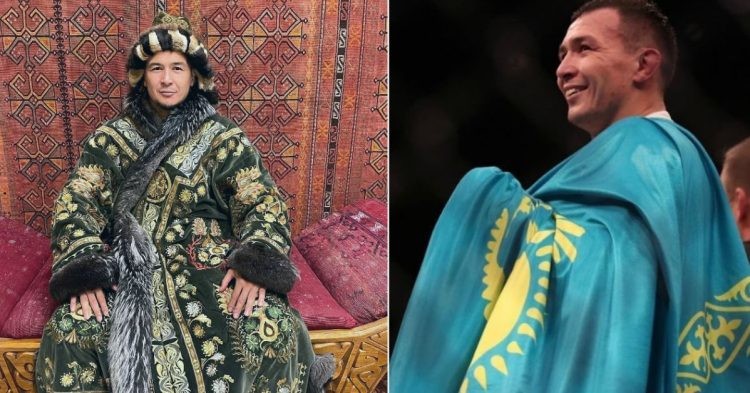 The first bad news coming from inside the UFC in this new year is the retirement of UFC lightweight Damir Ismagulov. Last seen in a tactical battle against Arman Tsarukyan at UFC Fight Night: Cannonier vs Strickland back in December 2022, Damir Ismagulov was seen as a credible threat in the UFC’s 155-pound division. However, the Kazakhstan fighter has called it quits at just 31 years of age, with just 6 UFC appearances to his name. At the time of his retirement, he was ranked #12 in the UFC’s lightweight rankings.

Ismagulov took to Instagram to share the news, calling his decision to retire from MMA due to present “circumstances and health problems.” In a short message, he wrote, “Unfortunately, due to circumstances and health problems, I am forced to end my sports career. Thanks to all those who were with me regardless of the outcome in the battles, who were sincerely sick and worried. It was an interesting journey, a moment to remember. Gave everyone a hug.” (Translated from Russian)

During the course of his UFC career, Damir Ismagulov put up some incredible performances, picking up victories over the likes of Guram Kutateladze, Rafael Alves, and Thiago Moises, among others.

While much is not known regarding his health condition, his struggles with weight cuts are known to many. Ahead of UFC 267, where Ismagulov was scheduled to take on Magomed Mustafaev, he struggled to make weight, coming in 7.5 lbs overweight. He could barely stand up and weighed in at a staggering 163.5 lbs for the lightweight bout. The bout was later canceled.

While he did not miss weight after that incident, one wonders if the medical condition has to do with the horrific weight cuts.

When did Damir Ismagulov make his MMA debut?

Damir made his MMA debut back in 2014 in Russia. The first setback of his mixed martial arts career came in the form of a unanimous decision loss against Ramazan Esenbaev at M-1 Challenge 61. Before losing to Arman Tsarukyan, he was on a staggering 19-fight winning streak.

Ismagulov was known for his wrestling pedigree, but also relied on his crisp striking whenever he stepped inside the cage. He is a former M-1 lightweight champion, a title he successfully defended twice before vacating the gold to sign with the UFC. He made his UFC debut in December 2018 against Alex Gorgees, a fight he won comfortably via unanimous decision.