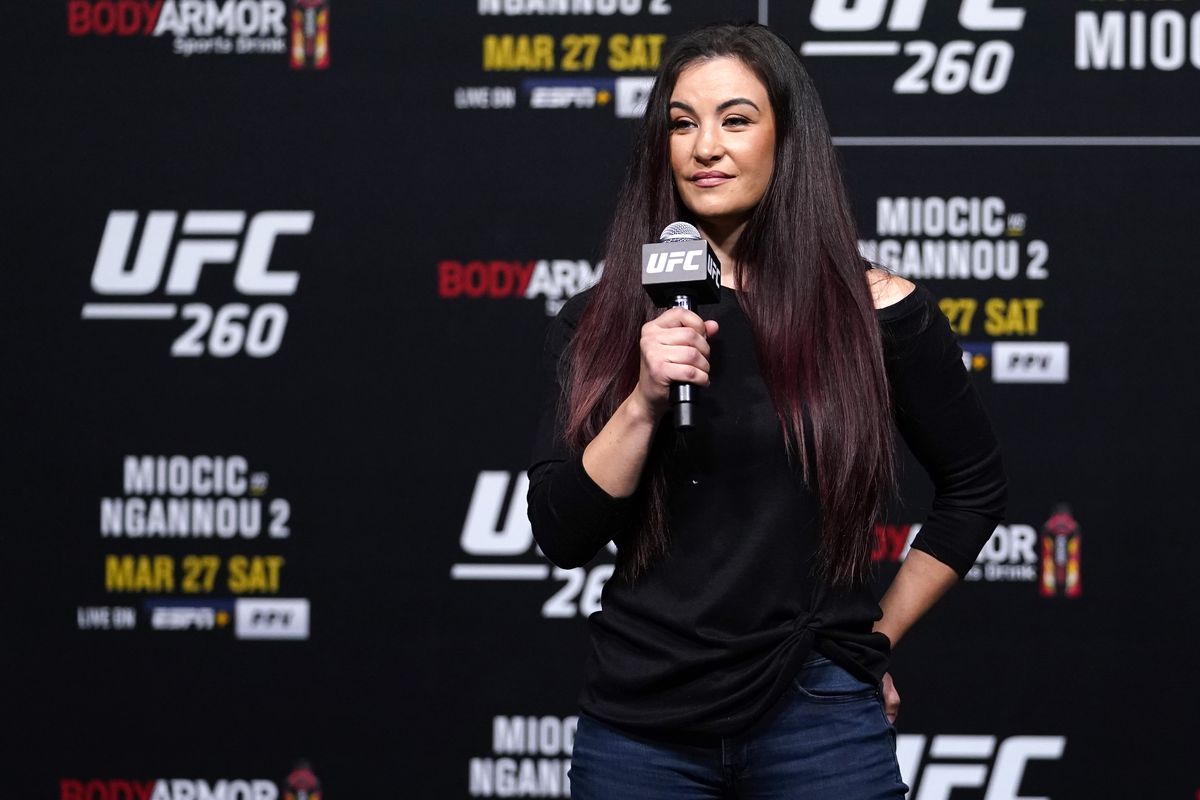 Miesha Tate found herself in hot waters after reportedly calling a few female fighters “desperate” for having accounts in the infamous adult video sharing site Onlyfans. The comment was not well received by female MMA fighters.

Fellow UFC fighter Julia Avila took issue with former UFC champion’s statements. She added, “This is aggravating. Yes, women have an OnlyFans and what of it? Maybe they want attention. Maybe they want an extra dollar.”

“Maybe they just want to celebrate their womanhood and how f***ing gorgeous they are! It’s not our place to judge or to tear down another woman for it. Fix your crown queen before casting stones on another.” (via Daily Mail)

In a recent interview, Miesha Tate clarified her remarks and stated that her comments were taken out of context.

“I would like to note that none of the headlines actually quoted me and only used one word that I used. But I have been getting a lot of comments and even to the point where it’s like harassing me. Leave me alone! I don’t want to have an Onlyfans.”

She continued, ” I don’t want to do that because in my position people are already calling for my retirement. They’re already writing me off. You know, I have worked so hard for so long, being a pioneer of this sport that I will everything to be taken as seriously as I can.”

Explaining her stance, Miesha added, “This my personal (opinion). This is not a reflection of (how) anyone chooses to lead their life. If they feel good about doing an Onlyfans then great! Do it. I have no problem with women going out there, men going out there, whoever wants to get on Onlyfans, do it.”

“Guys, I’m not desperate for that. I wanna fight. I don’t need money. That’s kind of where my clarification goes,” concluded Miesha Tate.

Tate is currently sitting at no. 8 in UFC female bantamweight division. She lost her last fight against Ketlen Vieira. ‘Cup cake‘ is currently not scheduled for a fight.

Brock Lesnar's WWE Salary: Is Lesnar the Highest Paid Superstar in the WWE?