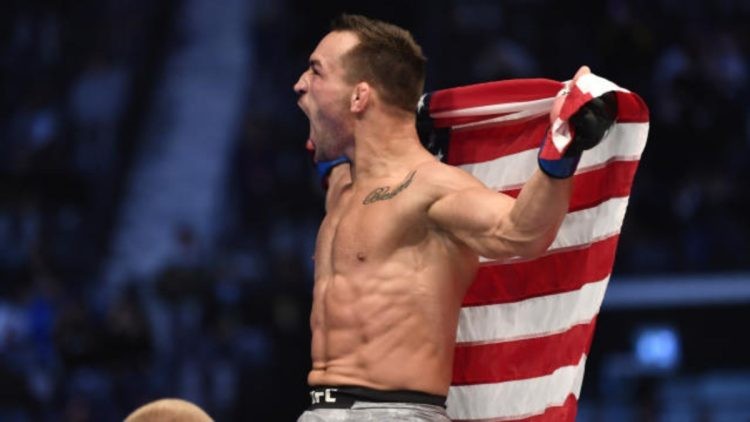 Michael Chandler shared his thoughts after being announced as the back-up for UFC 254. Ahead of his UFC signing, Dana White announced that former two-time Bellator Lightweight Champion will serve as the back-up fighter for Khabib Nurmagomedov vs Justin Gaethje for the UFC Lightweight Championship at UFC 254. Chandler flew down to Abud Dhabi and stated that he will be training, and making weight to fight against either of the opponents. In a recent conversation with TMZ Sports, Chandler expressed his happiness about the opportunity and stated that he can’t wait to show what he has been working for the last 11 years in the biggest mixed martial arts promotion, the UFC.

Michael Chandler is a former Champion, having made a name for himself with a dominant Championship run at Bellator and raking up notable victories against the likes of Benson Henderson, Eddie Alvarez, Patricky Freire, Brent Primus among others. Chandler is coming off a KO win over former UFC Lightweight Champion Benson Henderson, becoming the first fighter in over six years to finish Henderson inside the octagon.

“Since my last fight. I fought on August 7th. That’s an eleven-week turnaround. Not a lot of guys would take a fight on eleven weeks turnaround especially with a new organization.” Chandler continued, “I stay in shape all year long. I am going to be ready to step in that cage come October 24th to beat either Khabib or Gaethje if something goes awry.”

“The main thing is me staying in the gym, preparing for Khabib, Gaethje, Ferguson, Poirier, Conor. Any of those guys in the top-5. I told the UFC, “Listen, I am not here for a long time. I am here for a good time.”