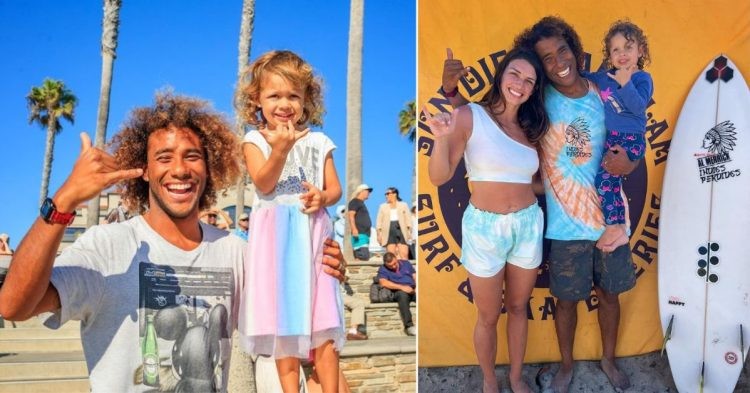 Mackenzie Dern is single! The UFC strawweight contender confirmed her split with partner Wesley Santos through social media. Dern was married to Wesley Santos, who was a professional surfer. The duo had a daughter between them.

“Yes, guys, I am single. I have been single for a while now, a few months. Everything is good, we are taking care of our daughter. Hope you guys respect our decision to separate and grow apart. Thankful for everything I have had with Wesley and I wish him all the best in his life.” Mackenzie Dern confirmed this through an Instagram story while addressing her fans in a Q&A session.

There are no details regarding the reason for the split. In the past, Dern had described her husband as a “surfer with totally good vibes.”

Dern and Santos gave birth to their daughter Moa back on June 9, 2019. Mackenzie Dern is the daughter of legendary BJJ practitioner Wellington “Megaton” Dias, who is a sixth-degree black belt under Royler Gracie.

Santos began her professional career in 2011 and has taken part in several competitions around the world. There are no details regarding when he met Dern and the exact timeline of when the dup started dating.

Earlier, the couple had made headlines after Wesley Santos reportedly got into a fight with Dern’s coach, prompting her to change her gym.

“So my husband talked to him. My husband’s like this surfer guy, you know, totally good vibes, afro, definitely not the fighter style. He went to go talk to him and [Gomez] was just like, ‘No, if you want to come to the academy, come to the academy and we’ll talk,’ and hung up. We went to the academy and he just swept dirt onto my husband, pushed him, and my husband pushed him back and they just went into a fistfight. It wasn’t like a brawl, a crazy brawl, it was like a street fight or technical fistfight. Back and forth, my husband’s doing feints, and I’m like, ‘Where is he learning all this?’ It was so crazy.” Dern had said in a conversation with MMA Fighting.

There’s no clarity on whether the couple has officially divorced each other, and who will keep custody of the child.