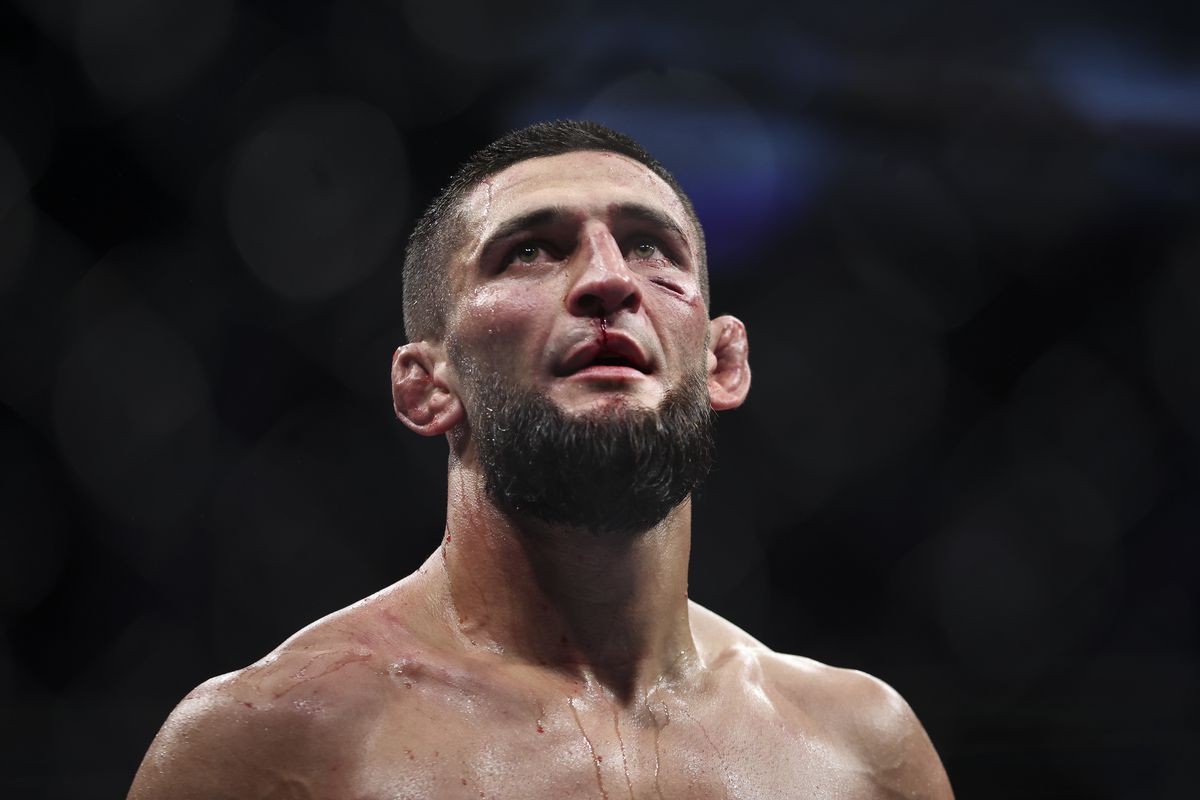 With a hard-fought victory over Gilbert Burns at UFC 273, Khamzat Chimaev has proved that he is a threat to the UFC welterweight champion, Kamaru Usman.

However, the fans’ perspective of a fight between Kamaru Usman vs Khamzat Chimaev has changed after UFC 273. Before UFC 273, many fans believed that Chimaev would fairly dominate every welterweight including the champion.

But, Gilbert Burns humanized Khamzat Chimaev and came very close to beating him. Burns even secured a knockdown against Chimaev in the second round.

Now it is true that Chimaev showed up with a bad game plan against Gilbert Burns and made the job difficult for him. However, it’s needless to say that Chimaev is only going to get better after the fight and that’s what he intends to do.

Chimaev’s official YouTube channel recently dropped a video that captures his journey through UFC 273 fight week and what happened in the locker room after the fight.

Following the fight, Chimaev looked emotional in the locker room as he talked about his fight against Gilbert Burns. Chimaev stated:

“I feel sorry for my coaches, they work hard with me. I made my mistakes. go back and watch my fight like I always do. Like I always do. I will work hard, more energy. I need to be everywhere black belt, striking, ground and pound, wrestling, grappling, whatever, everything. I will fix everything no. One way I’m happy one way I’m mad. I’m mad because I couldn’t finish the guy.”

It’s hard to deny the fact that Chimaev looked very impressive even if he didn’t v a perfect gameplan against Gilbert Burns. Even Stanford MMA’s head coach Henri Hooft could not help but praise Chimaev for his performance backstage.

Khamzat Chimaev proved that he has a solid chin, he is durable and he has good cardio. Though he was tired by the end of the third round, it has to be considered that it was a high pace fight and both the fighters took some heavy shots.

If Chimaev can learn and become better from this fight, then it won’t be surprising to see him dismantle Kamaru Usman from the welterweight throne.