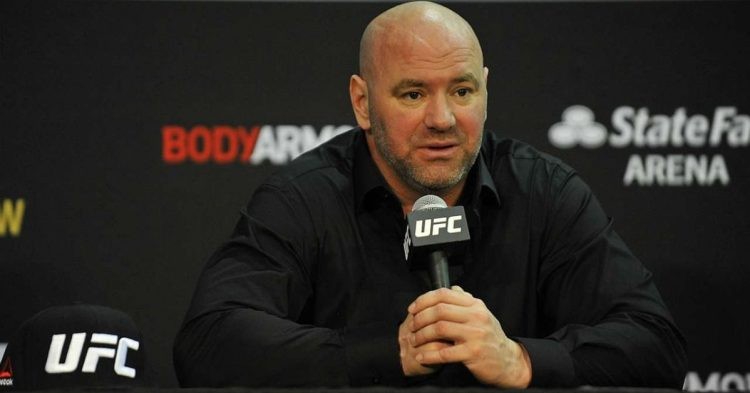 Usually, it’s Dana White who is responsible for keeping the fighters out of trouble during the weigh-ins. After a tough weight cut and a grueling training camp, the fighters are not always in a pleasant mood leading into the fight night. And if the fighters do not like each other then that makes the face-off even more intense, which might lead to a physical altercation.

That’s what we saw when Michel Pereira stood in front of his opponent, Zelim Imadaev during the faceoff. Both fighters marched towards each other with some bad intent and Dana White never saw it coming what was about to happen. Pereira got too close to Imadaev and Imadaev ended up shoving him in the face.

Dana White apologizes for the altercation

Dana White was quick enough to separate them after this unfortunate incident and prevented any serious altercation. The Boss Man opened up about that incident during the media interview and took full responsibility:

“I am getting old. I am getting old, guys. That was a quick one. That was on me. They started getting aggressive going towards each other. But I did not think it would escalate to that quickly and I blew it.”

“Right now where they are mentally, that’s up to the commission. I hope they commission does not. These guys have been training, cutting weight, there was a gap between the time I got here and we just did the weigh-in. You will never meet more irritable human beings than these guys right now, they are all ready to fight. I don’t know whether those two don’t like each other. That was on me. I apologize, I should not have let that happen.”

This is not the first time Dana White has been a part of such physical altercations during face off. And the fans have seen way worse and intense altercations before. The faceoff between Michel Pereira and Zelim Imadaev might have upset Dana White. But, the fight is guaranteed to be exciting.