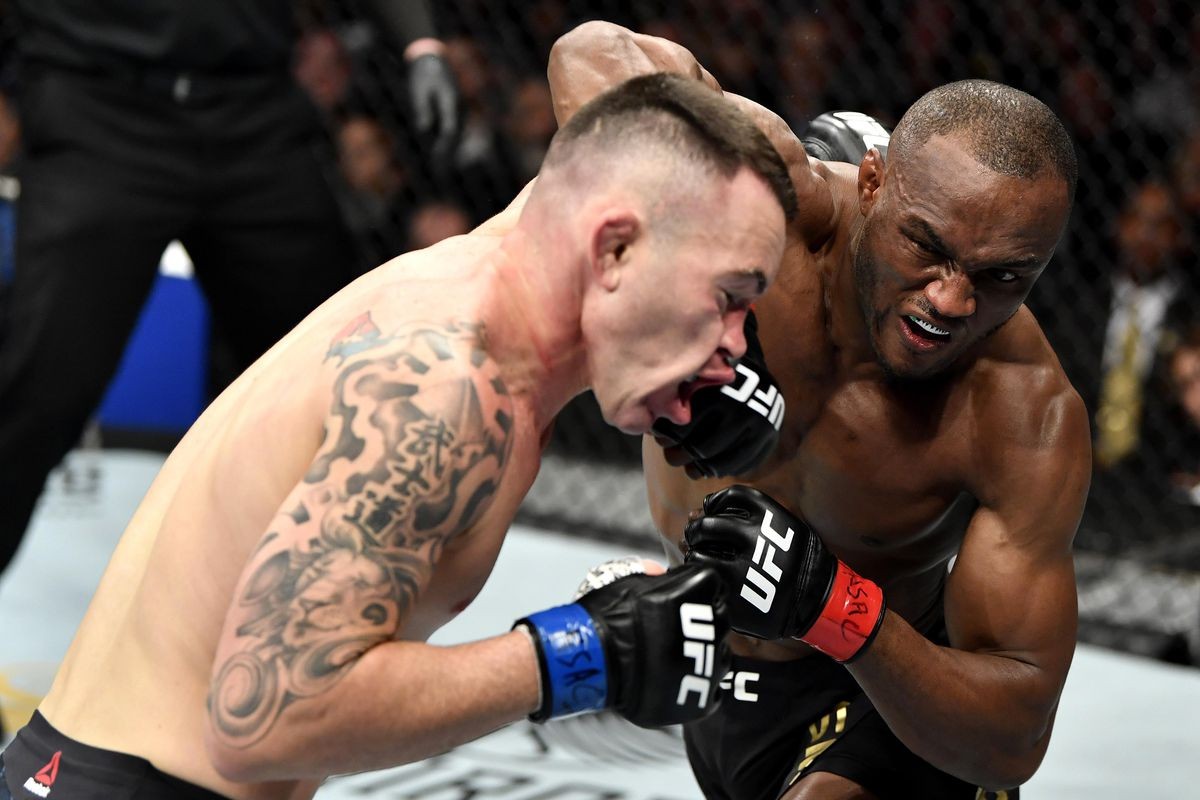 Ali Abdelaziz recently said that the UFC welterweight champion, Kamaru Usman is interested to take on Michael Chiesa at UFC 263. Though this fight is unlikely to happen Usman’s decision to fight Chiesa confused the fight fans.

The fight that makes the most sense for Kamaru Usman is Colby Covington. The first fight between the two was extremely close even if Usman got the finish in the 5th round. There was a controversy surrounding the stoppage and fake nut shots and eye pokes. Regardless of the outcome, it was one of the best title fights in UFC history and fans deserve a rematch between Covington and Usman.

However, Kamaru Usman believes that a win over Tyron Woodley does not earn Colby Covington a title shot. Kamaru Usman explained why Covington should not be next in a recent interview with ESPN. Usman stated:

“So Why does he(Colby Covington) deserve the shot? Just because he went 5 rounds and I broke his jaw and finish the fight? So it does not really make sense to me. I understand it’s a fun fight, it’s an incredible fight, it’s a fight that I like, cause I went to that place. I went to that violent place. And of course, I wouldn’t mind going there again. It just needs to make sense.”

Though some fans have accused Usman of ducking Colby Covington that can not be farther from the truth. Kamaru Usman is the best welterweight on the planet right now. But, Colby Covington is certainly the biggest challenge from him in the entire division.

Kamaru Usman explained why there are other contenders who deserve the title shot more than Colby Covington and said:

UFC president, Dana White has made it clear that Kamaru Usman vs Colby Covington is the next fight to make. But, as we saw in the case of the next middleweight title fight, the number one title contender might miss out on a title shot. Hence it won’t be surprising if Kamaru Usman goes on to fight Vicente Luque or Michael Chiesa.