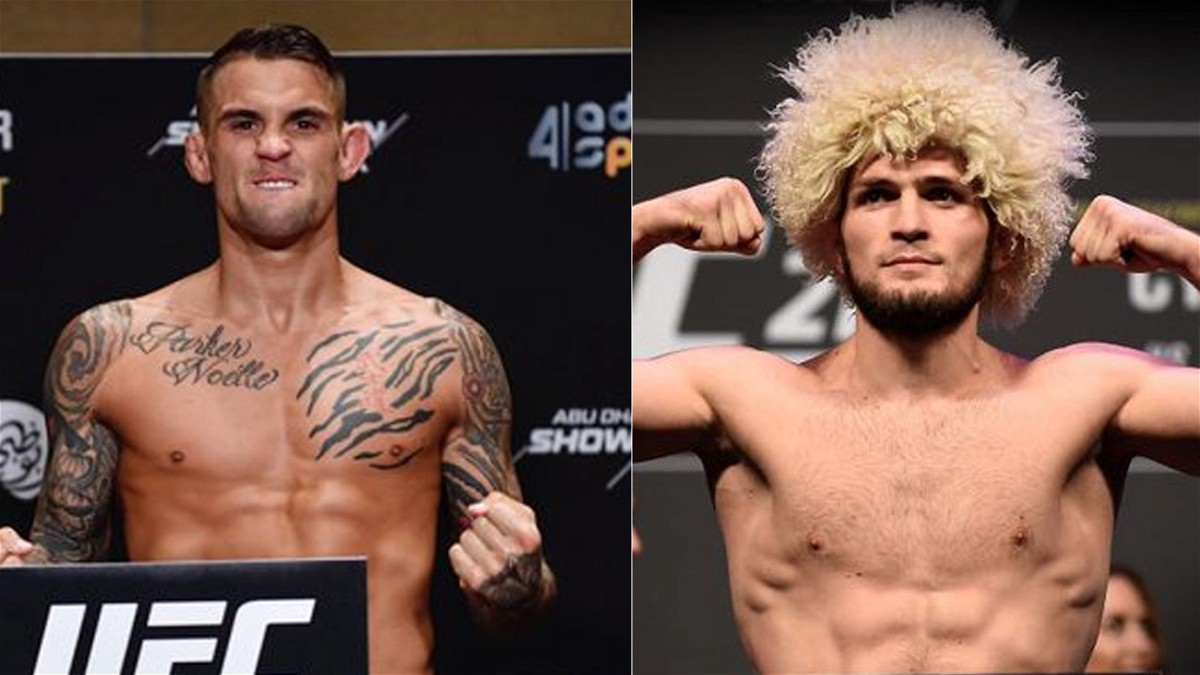 Dustin Poirier attempted to unify his UFC Interim Lightweight title against then-undisputed champion Khabib Nurmagomedov at UFC 242 in 2019. ‘The Diamond’ fell short in his quest as he was dominated by Khabib before succumbing to a rear-naked choke in the third round.

But however, unlike many fighters on the UFC roster, Poirier was gracious in defeat as he congratulated the champion after the fight. Later, even Khabib gave his t-shirt for auction to raise donation for Poirier’s “Good Fight Foundation.”

Dustin Poirier sat down with Patrick Bet-David for an interview where they spoke about various topics related to Poirier’s life, his mindset before a fight and many more.

A question was put forth to Poirier about a potential rematch against Khabib Nurmagomedov and how that fight would go. To which Poirier replied saying, “I’m very confident that I can beat anybody in the world.”

Poirier later said Khabib Nurmagomedov has the best ground game in MMA. He even complimented the Dagestani fighter’s undefeated record of 29-0 and said it is very impressive to have an unbeaten record against the best fighters in the world.

Dustin Poirier took to social media and revealed to fans that he would be fighting for the undisputed title next. And according to reports, the fight would be taking place in December.

Dustin Poirier has agreed to fight Charles Oliveira for the lightweight championship at UFC 269 on Dec. 11. Poirier has a phenomenal career so far and a title would make him as one of the best fighters in the UFC history.

The 32-year-old lightweight wrote on social media on Sunday that the bout is now official. Poirier tweeted, “Signed, Sealed, Delivered.”

UFC 269 will mark Poirier’s second attempt at an undisputed UFC championship. He challenged former lightweight champion Khabib Nurmagomedov in September 2019, and lost via submission. Poirier is a former interim UFC champion, but has never held the undisputed title.