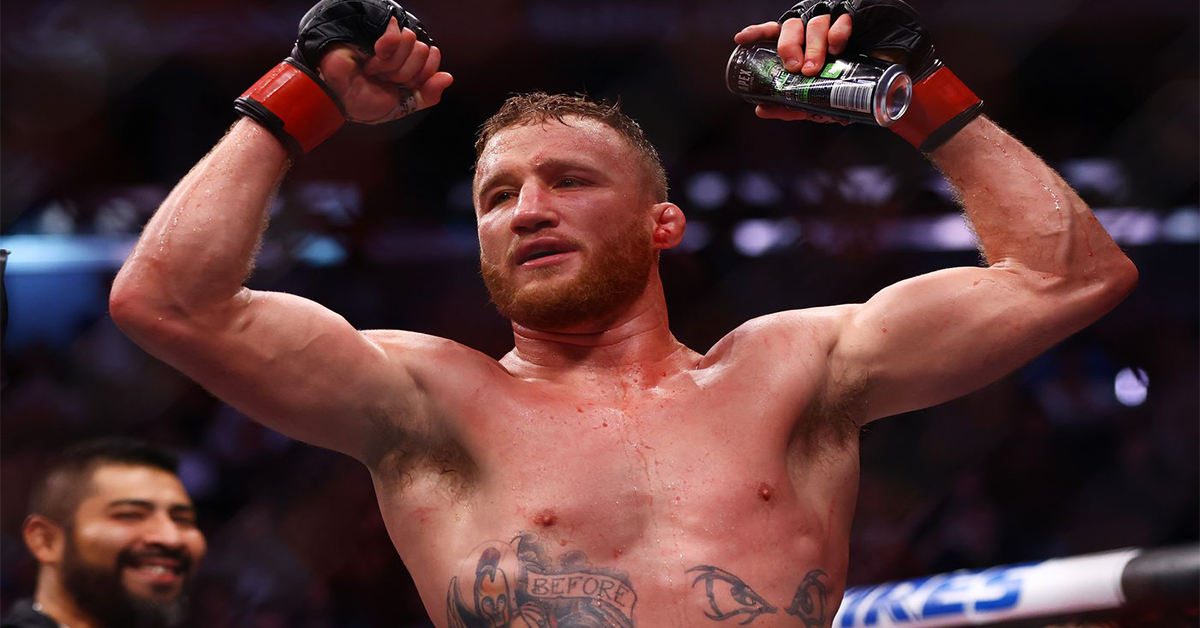 Justin Gaethje has had a hell of a run in the UFC. The American won his first fight in the company, lost the next two, and was counted out by critics. However, things have changed, and he is now on his way to make history.

Before his fight with James Vick, Gaethje was viewed as a “punching bag” in the UFC. “The Highlight” walked down his opponents while absorbing a barrage of punches to his face. Nevertheless, the Vick fight proved that Gaethje can make the necessary adjustments and become technical if required.

Is Justin Gaethje on his way to becoming the GOAT?

Definitely! He is on a four-fight KO streak against some of the best athletes. And if he can beat Khabib Nurmagomedov in his next fight, we might be looking at the future GOAT.

“I’m in a great position because, for one I get to fight for a title,” Gaethje told Joe Rogan on JRE. “There’s 500 some odd people on this roster, every single one of them would want to be in my position right now. But I also have the ability to bring some kind of rhyme or reason, a way, a way to a title shot.

“For young guys that come in, they think politics run the show. They ultimately do, but there is a small chance that you get a say in your destiny and eliminate politics. That what I just did. Politics were gonna f*ck me.”

Gaethje was on the sidelines for quite a while before UFC 249. At a point in time, it seems like Conor McGregor was getting the title shot before him. But he is now pleased that he is in the position to fight for the title fight next. After Khabib, Gaethje believes that McGregor is next in line.

“I do. I want to shut him up. I’d love that. I really would,” Gaethje said when asked if he’d like to fight Conor McGregor.”

“When I beat Khabib and I beat Conor, what run in the history of the sport has been better? Coming off two losses, getting counted out. That’s what I’m here for. I can inspire the world.”

Dustin Poirier is one of the two men who have a win over Gaethje. “The Highlight” asserted that Poirier will be his retirement fight as he believes that he has what it takes to beat “The Diamond.”

“Fight Poirier and then get the f*ck out of here,” Gaethje said. “That’s all I need. What do I need after that? That’d be legendary, I’d make plenty of money – which is ultimately what I’m here to do – and I took control of my destiny, which is all I asked for.”