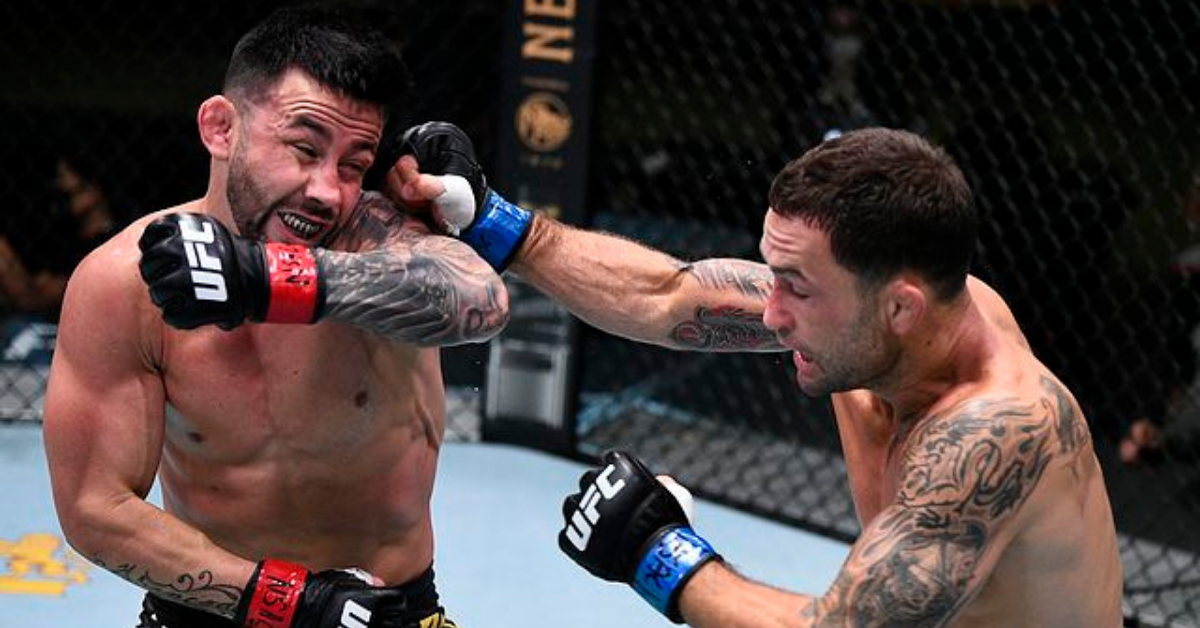 Former UFC lightweight champion, Frankie Edgar made his bantamweight debut against Pedro Munhoz. Though it was a highly entertaining fight it had a controversial ending.

After five grueling rounds, the majority of the fans thought that Pedro Munhoz won the fight. However, two judges scored the fight in favor of Frankie Edgar, shocking many fans.

Though it was a close fight Munhoz out-landed Edgar in multiple rounds. Frankie Edgar was throwing a lot of combinations and volume. But, Pedro Munhoz was landing the big shots. He was controlling the octagon and putting the pressure on Edgar. Even though the octagon control does not mean much when it comes to scoring it does make the fighter look more dominant in the fight. Frankie Edgar scored a couple of takedowns, but Pedro Munhoz easily got back up. 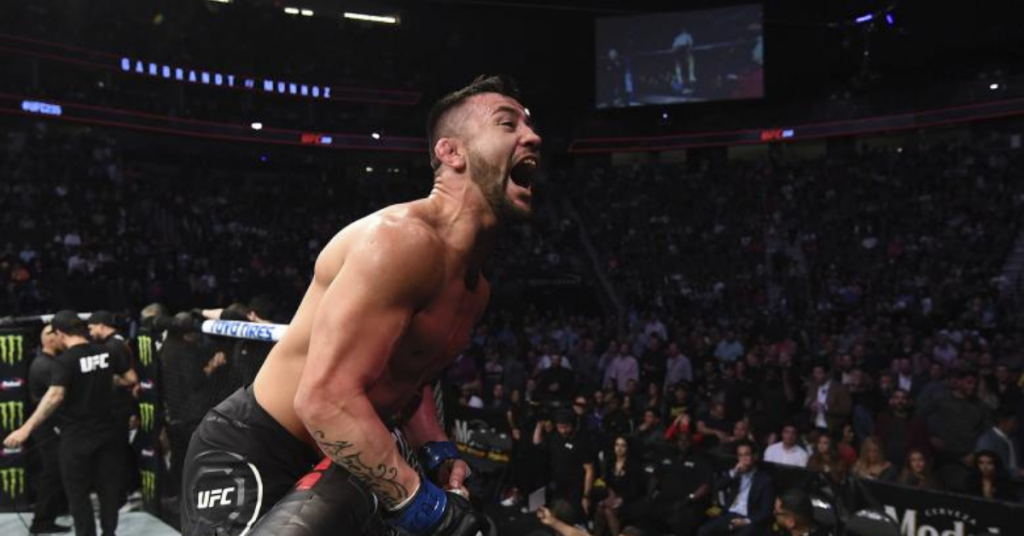 Many fans are calling this fight a “Fight of the Year” candidate and the decision a “Robbery”. Pedro Munhoz stated that “without a doubt” he won the fight against Frankie Edgar.

In the post-fight conference, Munhoz said:

“Yeah without a doubt. I was just right now with the doctor getting some stitches and show of my coaches and Dan Lamber, he was just showing me 17 of the media score. The 20 media score, 17 gave me the fight. So only 3 gave him. Also, I saw the punches score. I had the first third and fifth round. It is what it is. Not even the leg kicks. I was hurting him with jabs. I chased him five rounds. He got a couple of takedowns but he could not do anything with the takedown. I got back up right away and I was looking for the finish.”

Pedro Munhoz believes that he hurt Frankie Edgar badly on multiple occasions. However, he praised the toughness Edgar displayed during the fight. Munhoz stated:

“Yes, a few times to be honest with you. Not taking anything from him. he is a hell of a fighter. I really feel and saw a few times he was hurt. He is pretty tough.” With this unfortunate defeat, Pedro Munhoz is now on a two-fight losing streak. However, he has proved that in the bantamweight division he is a problem in a 5 round fight.