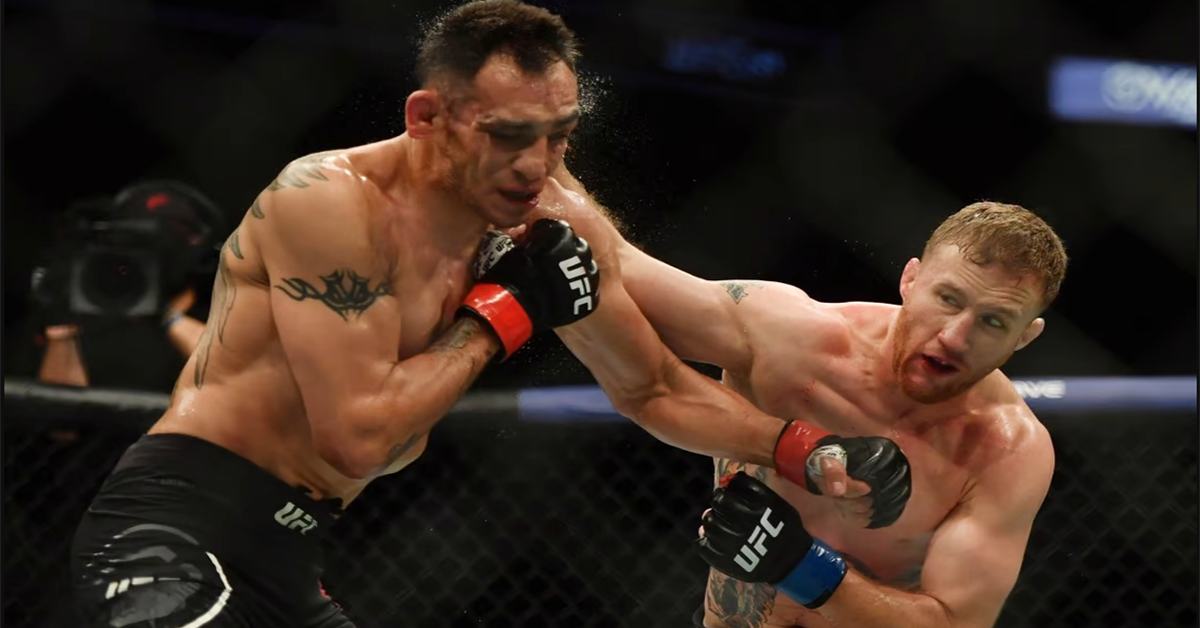 Also Read: Conor McGregor is in there!” Daniel Cormier weighs in on his GOAT list

UFC 249 headliner will probably go down as one of the greatest fights in the lightweight division. In the lead up to the fight, it was assumed that Gaethje’s boxing skills and power punching would be too much to handle for Ferguson. However, Tony Ferguson stuck in there until the fifth round, absorbing some of the most brutal punches any fighter can withstand. There was mayhem all around, as commentators continued to commend Ferguson’s granite chin, alongside Gaethje’s precision in landing those shots. The fight was called off in the fifth round, and many believe it could have ended sooner.

Gaethje is a knockout artist, and he puts fighters to sleep. However, that wasn’t the case with Ferguson, who stood against Gaethje’s powerful punching. Gaethje appeared on the Joe Rogan Podcast and looked back at the Tony Ferguson fight.

“When I was hitting with some of those shots, especially the one when I came through him as he was doing the uppercut, I couldn’t believe he didn’t go to sleep with that one.”

Gaethje hit him with shots that could have put many fighters to sleep. However, eventually, Ferguson had taken a lot of damage and did not look in the position to continue in the fifth round. Justin Gaethje also shed more light on what went in his corner during the fifth round of the fight.

This interaction was followed by Gaethje’s coach Trevor Wittman, asking him to not enjoy himself too much, and reminding him of the two losses inside the octagon. Gaethje revealed that there’s so much that the camera didn’t catch, and his interaction with Trevor Wittman in between every round was the key to winning against Ferguson.