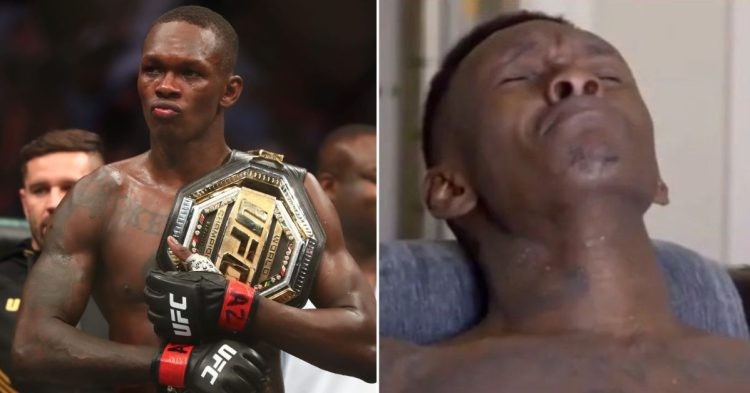 UFC 276 was one of the most anticipated UFC PPVs of all time. There were huge expectations and the promo was fireworks. Israel Adesanya came out in various interviews and promised fireworks to fans. So as he walked out to The Undertaker’s theme song, “Rest in Peace” at UFC 276, expectation skyrocketed! And when it all went down, it came crashing.

Israel Adesanya and Jared Cannonier put on a lackluster outing at UFC 276 headliner. Fans were left “bored” after witnessing the Stylebender once again implement a “defensive” style of fighting. The video of fans booing the Middleweight Champion and walking out of the arena even before the 5th round went viral at UFC 276.

Wow. Fans leaving #UFC276 before the 5th round of Adesanya vs. Cannonier. 📹 via @lander_theo for @SevereMMA pic.twitter.com/weztMuwUq3

Many fans are even hoping Adesanya loses his next title defense against Alex Pereira at UFC 281 set to take place this week in MSG. Needless to say, all of this criticism did not go unnoticed and had a lasting impact on the Stylebender.

In a recent interview ahead of UFC 281, Adesanya admitted that he cried backstage after his fight with Jared Cannonier.

“I cried backstage. Me and [coach] Eugene [Bareman] hugged it out and he told me, ‘Don’t worry, you’ll be fine.’ I was like, ‘Just give me a bourbon, I’ll be fine.’ So I expressed it, feel it, and I let it go. It’s a good way to release emotions… it relaxes you. It’s just a normal human function, I don’t know why we shame it.” Adesanya said in a conversation with MMA Fighting.

In the post-fight Octagon interview, Adesanya revealed that Jared Cannonier came out with a good game plan and it became increasingly difficult for the Styelebender to implement an aggressive approach against the Killa Gorilla.

Ahead of UFC 281, Israel Adesanya has a lot riding on his back against Alex Pereira

Needless to say, Israel Adesanya will once again find himself under a lot of expectations as he takes on Alex Pereira at UFC 281. Not just the fact that fans have been quite critical of Adesanya’s title reign, but the mere reality of the situation that presents itself in front of the Stylebender.

Israel Adesanya has already lost twice against Alex Pereira inside the kickboxing ring, and while it will be the Octagon where they meet for the third time, the rivalry and bad blood has not gone anywhere. Can the Stylebender emerge victorious against Alex Pereria? We are less than a week away to find out.