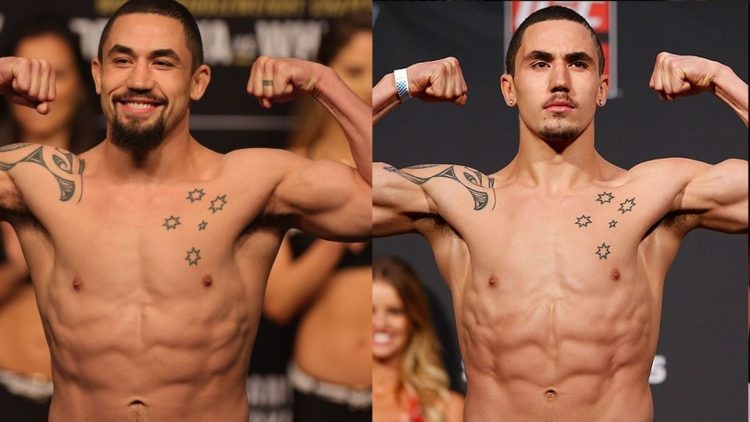 Robert Whittaker has considered moving up to the light heavyweight division. Since he began his UFC career in the welterweight division, switching weight classes wouldn’t be something new for him. The former middleweight UFC champion, competed at 170 pounds in his first five fights with the organisation, winning three of them.

He switched to middleweight, where he won the world title and only suffered a defeat to Israel Adesanya, the reigning middleweight champion. He is still an elite middleweight with plenty of potential. He currently is preparing for his upcoming matchup against Marvin Vettori.

But when questioned about moving up to the 205 weight division, he responded, “I’m definitely thinking about going up to light heavyweight, I’ve been thinking about it a lot, just because I like the idea. I think it’s a more natural weight for me. But the thing is, I’d have to do it properly. Just like when I moved to 185, I developed a lot of muscle and everything, with zero intention of going back down to 170. That’s how I feel like it has to be. Because you see a lot of 185-ers go up, get starched, and then come back down. And I don’t wanna go up to 205 as a fat 185-er. But I’d have to deal with the height thing as well. Which is kind of annoying. The tall guys.”

Robert is an elite fighter in the middleweight division. However, it would take quite a while for him to get a shot at the title again. Not to mention, his last two bouts with Israel can indicate that the middleweight champion has got his number. It would be wise for the fighter to try his luck at light heavyweight. For one, he will have cut less weight. Secondly, the match-ups at Light heavyweight are more in his favour stylistically than Middleweight.

Whittaker has a record of 24-6-0 going into the match. Whittaker will compete for the first time since suffering a defeat to Israel Adesanya at UFC 271. On the other hand, Marvin, who has a less impressive record of 18-5-1 he has been absent from the octagon for almost a year after his five-round war with Paulo Costa on October 23, 2021. Following his win over the Brazilian, the Italian is looking to get back into title contention and believes he can beat current 185lbs champion Israel Adesanya if they ever meet for a third time.

Both the fighters have identical heights, Marvin having a slight 1 inch reach advantage. The matchup will include both stance fighters, as the former champion is an orthodox while Marvin. This will be helpful for Marvin’s heavy wrestling/takedown approach.

On paper, at least, this contest appears to be fascinating. As, Marvin striking isn’t too far off, his striking accuracy is 45% and surprising the former middleweight champion has 42% which is 3% less than him. Do let us know what you think of the matchup and who will be the victor?