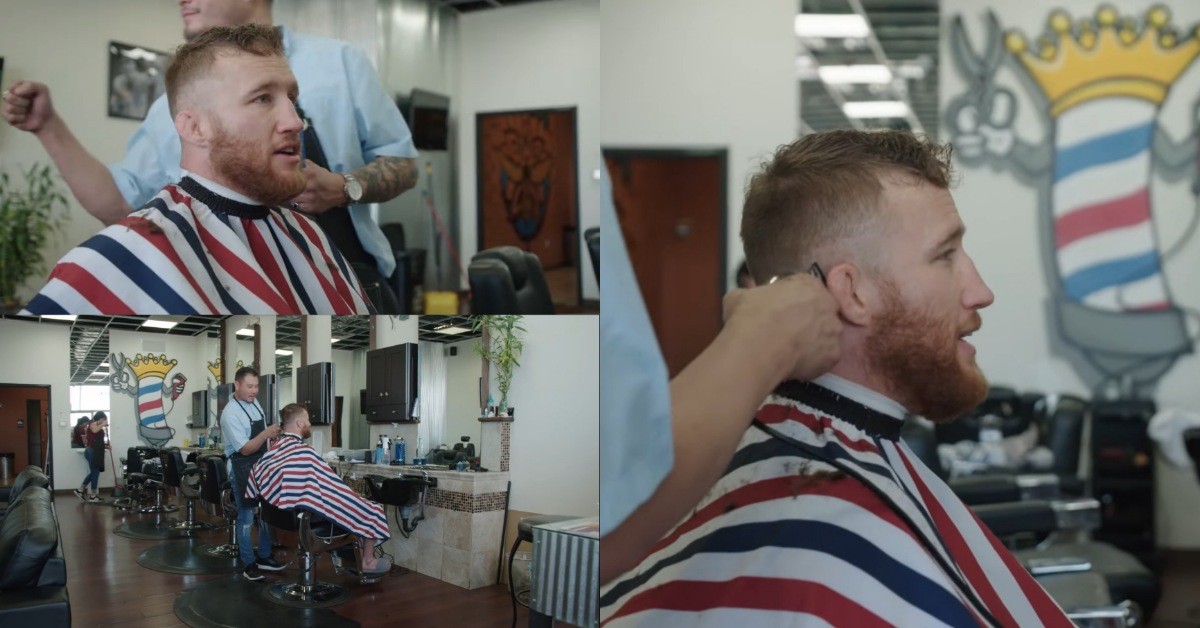 Justin Gaethje does not believe in curses! In the recent embedded video, Justin went to a salon for a haircut ahead of UFC 274. But it is considered a bad omen for fighters to visit a barbershop on camera ahead of a fight.

This particular myth gained momentum after several fighters suffered terrible losses in their bouts just days after getting a haircut on the ‘UFC Embedded series. Superstars such as Max Holloway, Anthony Pettis, Johnny Walker, Mark Hunt and Vetor Belfort, all fell prey to the curse.

However, Gaethje seems unaffected by all the chatter about the curse. In fact, the 33-year-old even addressed it in the video. He clarified that he does not think getting a haircut live on camera will have any meaningful impact on the outcome of the bout. The Highlight said,

“They say when you get a haircut on this TV show, it’s bad luck and you lose. I don’t believe that. I have a feeling that this does not affect 25 minutes in time.”

Can Justin Gaethje break the curse?

Recently, the fans saw Khamzat Chimaev breaking a curse at UFC 273 as he beat Gilbert Burns. Concepts such as curses have no place in modern society which is built on the back of science. It serves more as a talking point rather than being an issue which may determine the outcome of a contest.

The result of the fight ultimately depends on the nature of the match-up against Charles Oliveira. Justin Gaethje certainly will have more than a puncher’s chance of winning the fight. During the embedded video, he spoke about Oliveira’s tendencies to get hit during fights. That already gives Gaethje something to work around.

Gaethje can also handle himself on the ground when the fight eventually goes there. Justin is an NCAA Division 1 wrestler out of the University of Northern Colorado. Despite his unwillingness to use his grappling as an offensive tool, Gaethje can clearly scramble. It may provide some security against the submission threat of Oliveira.

But his best opportunity to win the fight will be via knockout. So the spectators this Saturday can expect to witness a wild first few rounds. Although Charles Oliveira is reportedly the odds-on favourite to retain his title, nobody will be surprised if Gaethje walks away with the belt. It just proves how even these two are in terms of their skills.

Will Gaethje be able to break the curse on Saturday? Or he will join the list of fighters who are the victims of this curse? Let us know your thoughts on the matter in the comments section down below.